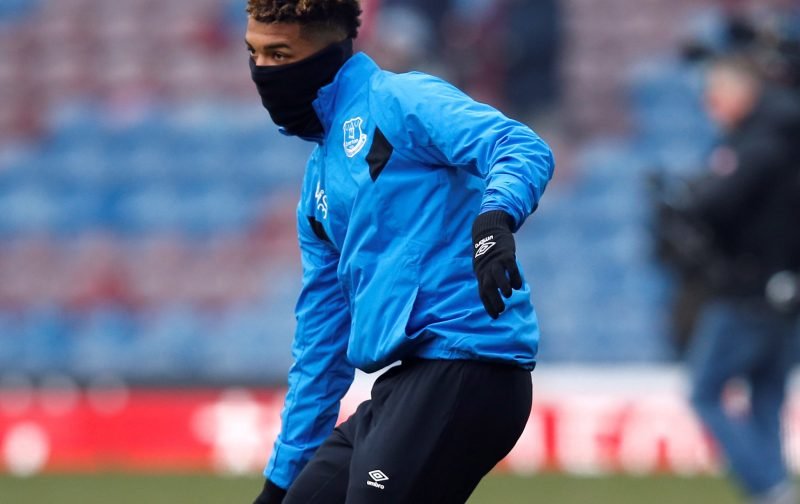 With Mason Holgate playing a starring role for West Brom last season in the second-half of their Championship season, plenty of Everton fans thought the 23-year-old would return to Merseyside as a key member of the first-team, yet that hasn’t been the case.

The youngster has recently been forced into the Everton starting XI due to an injury to Yerry Mina, yet stats from Transfermarkt show the former England youth international has been impressive in his previous two starts for the club, keeping one clean sheet as well as scoring and assisting a goal.

Yet despite a positive reintroduction into the starting XI that has also seen Holgate claim the club’s MOTM award on Tuesday night against Watford, former Leeds defender Danny Mills has admitted to Football Insider that he believes the Everton youngster should be looking for a move away from the Premier League side to gain regular first-team football.

The talkSPORT pundit said about Holgate: “No, maybe he needs another loan spell or whatever to get out and play consistently, week in, week out. There’s a lot of players at Everton, they’ve brought in a lot of quality, have they performed to their best? Have they performed under the pressures that they need to do? I’m not sure many of them could say yes.”

Whilst it is an easy assumption to make that Holgate should be getting regular first-team minutes as stats from Transfermarkt show that the defender has made just one Premier League start this season, another loan-spell for the youngster seems pointless at this stage in his career.

The 23-year-old defender has shown in two games already for Everton that when called upon he is a Premier League quality and a centre-back who Silva can rely on when the likes of Mina are injured, and the Merseyside club are currently the ideal team for Holgate to continue his development at.