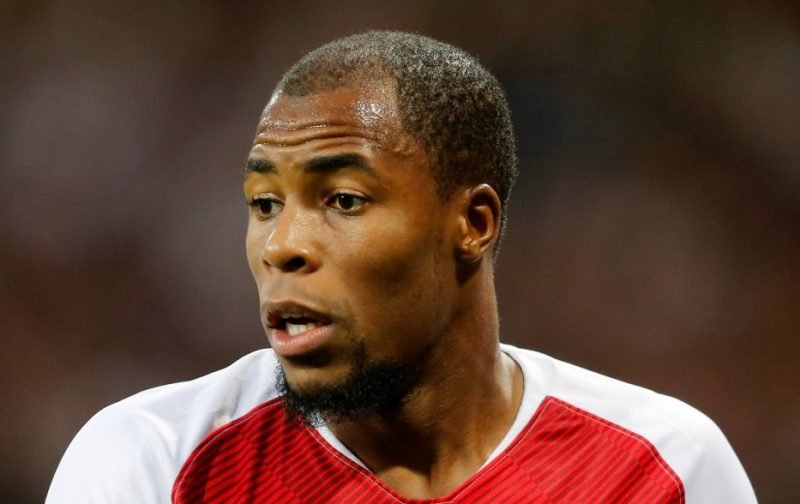 With Seamus Coleman suspended, Djibril Sidibe started at right-back against West Ham United on Saturday. The 27-year-old impressed as Everton won 2-0 at Goodison Park and was lauded by supporters on social media.

His performance may have given Marco Silva a selection headache ahead of next Saturday’s trip to Brighton & Hove Albion too. Sidibe had been short of playing time this season, but he took his chance to shine with both hands.

Against West Ham, the French international played for 90 minutes, made 63 touches, created one chance, made one interception, completed 77.3% of his 44 passes, made one clearance, whipped in five crosses and made four tackles.

Thought @DjibrilSidibeS3 was superb yesterday. ???? ???? Coming in for suspended Coleman and I think he added a lot to our game. I’d give him a run in the side. #EFC #everton #premierleague #epl #sidibe pic.twitter.com/AEpPxfDxyL

Thoughts. Really good stuff for the most part. When they work like this, you can see why he sticks with the formation. Ball inside to Iwobi is always on. Davies, both CBs, Sidibe & Walcott have been very good. Richarlison’s movement a breath of fresh air. Second goal needed. #EFC

Random thoughts from today.
1)Credit to Silva for making the changes
2)Sidibe's performance was outstanding
3)We have missed Gomes so much
4)Davies showed why he should start
5)Team defended as a unit , covered each other.
6)Mina will be a threat from set pieces#EFC #NSNO #COYB

Brilliant performance today, scoreline did not do it justice. Should of been 4 or 5. So many good performances, impressed with Sidibe and must keep his place next week same as Iwobi in the middle they both made massive difference today #EFC

Genuinely can’t think of a time where the right hand side has looked efficient in both halves of the pitch. Walcott and Sidibe have been almost flawless so far today. #EFC

Sidibe has made four appearances in all competitions since joining on loan from AS Monaco, making one assist. He’s played second fiddle to Coleman all season but could find himself starting at right-back against Brighton.

The 27-year-old has had to be patient for opportunities, having sat on the bench in four Premier League games while being left out of the matchday squad three times, but he’s finally been given the nod by Marco Silva, albeit because of a suspension.