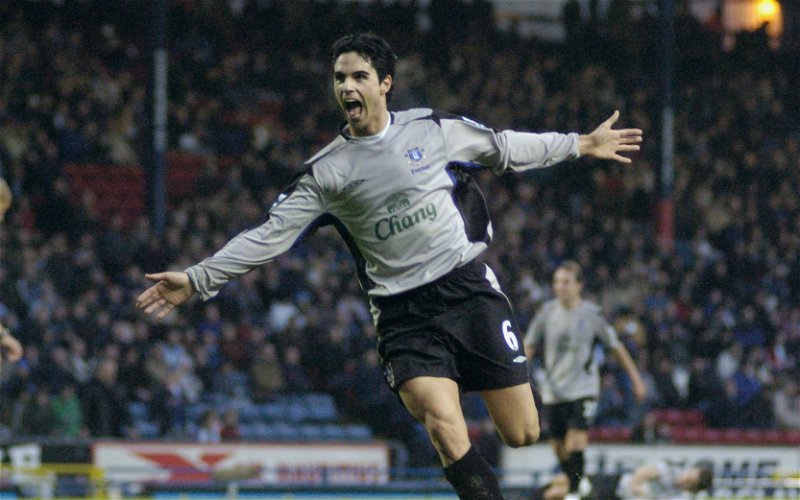 After initially joining on loan in January 2005, Mikel Arteta’s loan was made permanent for a fee of around £3M on July 15th 2005 signing a 5-year deal. [TransferMarkt]

Mikel Arteta was signed to help Everton push for Champions League qualification. After losing fan favourite Thomas Gravesen to Real Madrid at the start of January, they needed another midfielder and David Moyes turned towards Arteta.

During his first full season at Everton, Arteta won Everton Fans’ Player of the Season and the Players’ Player of the Season awards, which he went on to win 3 seasons in a row. Not only was he thought highly of at Everton, he was also recognised by fans of other clubs, winning the Premier League’s ‘Midfielder of the Year’ award as voted for by Sky Sports viewers, beating Cristiano Ronaldo in the process.

During his career, Arteta played his most games for Everton, playing 208 games getting 35 goals and 34 assists, with my favourite goal being at home to Fiorentina in the UEFA Cup.

The love affair ended on deadline day in 2011 when he signed for Arsenal in a £10M move where he went on to win the FA Cup as a player, and then as a manager.

What did you think of Arteta’s Everton career?