Opinion: New deal for Everton legend is wrongly based on sentimentality 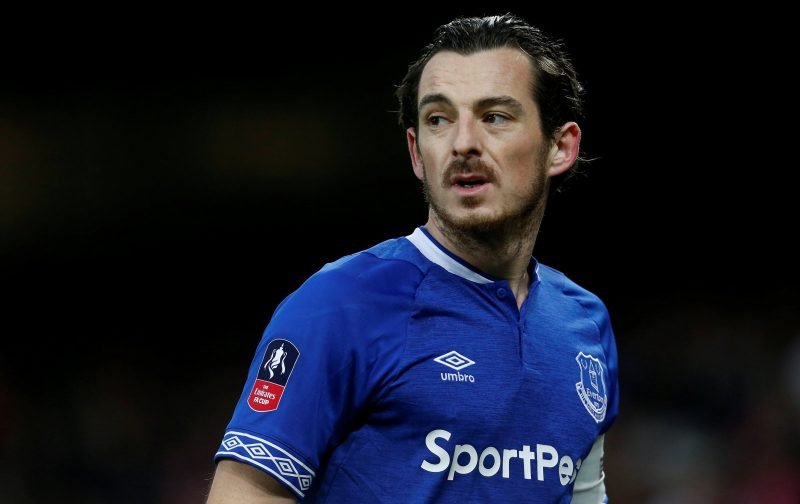 After the announcement that Phil Jagielka would be leaving the club after twelve great years, all eyes turned to fellow Toffees hero Leighton Baines to see what the club would be doing about him.

The left-back’s contract is also set to expire at the end of June, but it appears we’re going to offer him a new deal for an extra twelve months. Whilst he’s been an unbelievably consistent performer for us over the years, in the cold light of the day, is offering a new deal to a 34-year-old who barely featured last season, a sign of us moving forward?

Signed for a bargain £5m from Wigan in the summer of 2007, Baines has gone on to make over 400 appearances for the club, scoring 38 times. He’s built a career and a legend at Goodison Park with those trademark free-kicks and faultless penalties and has been a virtual ever-present in our defence.

But after Lucas Digne’s arrival from Barcelona last summer, the England international has been shunted out to the sidelines and has looked short of the pace when he has featured for us.

Academy product Antonee Robinson is seemingly highly-rated by those at the club, and at 21, has the future ahead of him. This seemed like the perfect time for Marco Silva to promote him firmly into the first-team squad as cover for Digne, and give him opportunities whenever the time was right.

Premier League exposure at such a young age is such a hard thing to come by, and with Baines’ exit, Robinson could have been given precious minutes in feeling out the step-up from youth-team football. Instead, reports now suggest he could be sent out on loan again.

Giving Baines a 12-month extension just feels like a decision based on sentimentality. He’s been the absolute model professional for us, and unlikely to kick up a fuss if he isn’t playing regularly. Indeed, his experience and character in the dressing room is someone for the others to look up to.

But sometimes football is about being ruthless. With Jags gone, this was the perfect moment for us to firmly move on from the Moyes era, and made the right, albeit heartbreaking decision on Baines too.