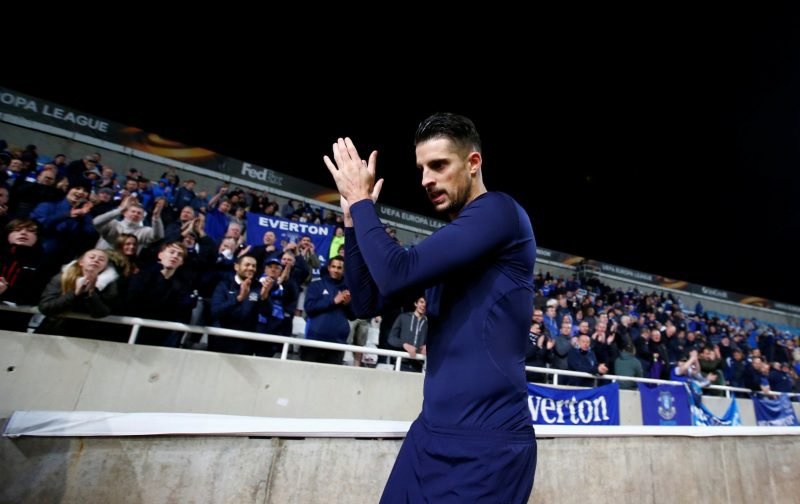 Kevin Mirallas has been available for sale for a number of months, but Marcel Brands is struggling to offload the £70k-per-week Everton winger due to a lack of interest. Mirallas was once a regular at Goodison Park, but the 31-year-old has since fallen down the pecking order and has spent the last two years out on loan.

Unfortunately, the Belgian international has done little to boost his stock during his time away from Everton which is leading to zero interest. Mirallas scored only two goals in 15 games for Olympiacos and two in 30 games for Fiorentina. Neither side are keen to sign him on a permanent deal this summer.

The Toffees are keen to free up some of the wage bill, but Mirallas is proving difficult to shift – his lofty wages, advancing age and poor form in the last 24 months are all going against him. Everton still have until the end of August to try and sell him to a side overseas, but an English club would have to seal a deal before Thursday evening to land his signature. Club Brugge were recently linked but nothing came of the rumours.