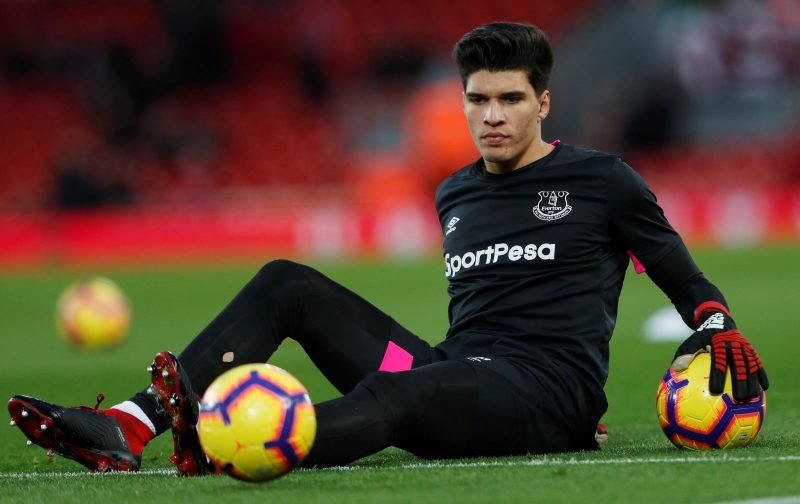 Joao Virginia has impressed since joining from Arsenal in 2018 and could have a bright future at Everton. The 19-year-old goalkeeper has spent his debut campaign with the u23s, winning the Premier League 2 title and keeping nine clean sheets in 12 appearances, and could find himself promoted to the first-team next season. Phil Kirkbride of the Liverpool Echo believes he’s destined to play under Marco Silva.

Virginia has admitting harbouring such ambitions too, saying in April: “Marco Silva has enjoyed my evolution and is always following me, just like [goalkeeping coach] Hugo Oliveira. They both talk a lot to me and one of the main developments I had was in consistency. An example of this was, in eleven games, to have nine clean sheets. I now want to make my debut in the Premier League.”

With Jordan Pickford and Maarten Stekelenburg being first and second-choice between the sticks for Everton, Virginia will have to be patient for opportunities. The Portuguese u21 international could make his debut in 2019/20, however, as he’s been in the matchday squad on two occasions this season. The shot-stopper’s rise to prominence raises questions on why Arsenal let him go for a nominal transfer fee.

It’s vital that Virginia gets regular football to continue his development at Everton so he may still represent the reserves next season. Silva could instead opt to hand him his first-team debut in a cup competition. A loan move away from Goodison Park may also be considered, but the Toffees might want to keep a close eye on his progress.