It appears Everton have made a transfer decision on Jonjoe Kenny 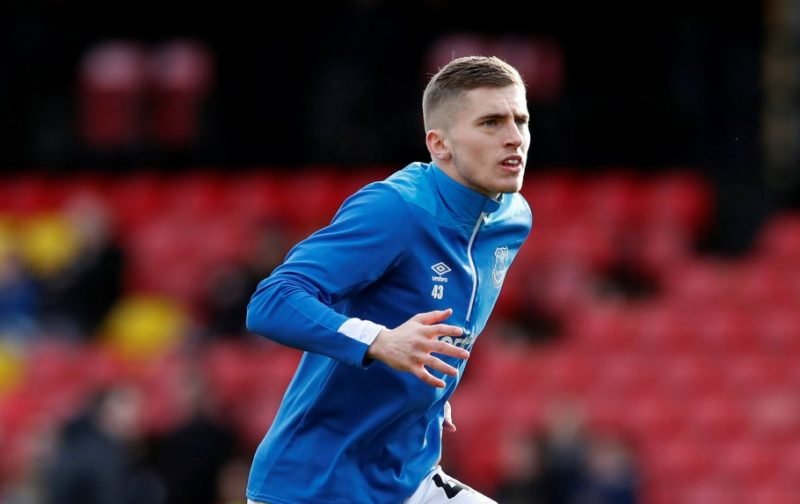 Jonjoe Kenny’s future at Everton was up in the air this summer. We were contemplating turning Djibril Sidibe’s loan move permanent and Kenny was considering the same at Schalke 04.

Seamus Coleman was expected to stay for the penultimate year of his contract and a number of right-backs were on our radar – Diogo Dalot, Colin Dagba, Santiago Arias, Emerson, Alessandro Florenzi, Jesus Corona, Ola Aina and Bouna Sarr.

It appears Carlo Ancelotti has opted for an internal solution, however, by using the depth of his squad for multiple competitions. Coleman started in our 1-0 win over Tottenham while Kenny started in our EFL Cup win over Salford City. So, problem solved?

Why didn’t Kenny return to Germany?

After making 34 appearances on loan at Schalke last season, Die Königsblauen were keen to re-sign Kenny this summer. They’d been in talks with us for months but didn’t put up the money requested and instead tried to loan him for the 2020/21 campaign.

Kenny was open to returning to Germany, but we were only interested in selling him permanently so we could use his money towards a replacement, so a deal fell through. Now the 23-year-old has made the squad for both our games this season, he may be pleased he didn’t leave.

Coleman was inconsistent last season and had competition from Sidibe at right-back, so his place in the squad wasn’t guaranteed this campaign. Our failure to sign a right-back meant the 31-year-old was our most reliable option, however, so he could be our first-choice for 2020/21.

Kenny will be Coleman’s backup and could be given a chance to oust the former on a permanent basis, but he’ll have to work hard in training and impress when called upon in games. Coleman turns 32 in October, so he’s in the eve of his career and will eventually need replacing. That could be Kenny.

For a time it appeared Kenny would be sold and a new right-back brought in this summer, but Ancelotti has given our homegrown talent a chance to prove himself. Time will tell if he can push Coleman for a starting place.

In other news, where is Jonas Lossl and why isn’t he playing for Everton?