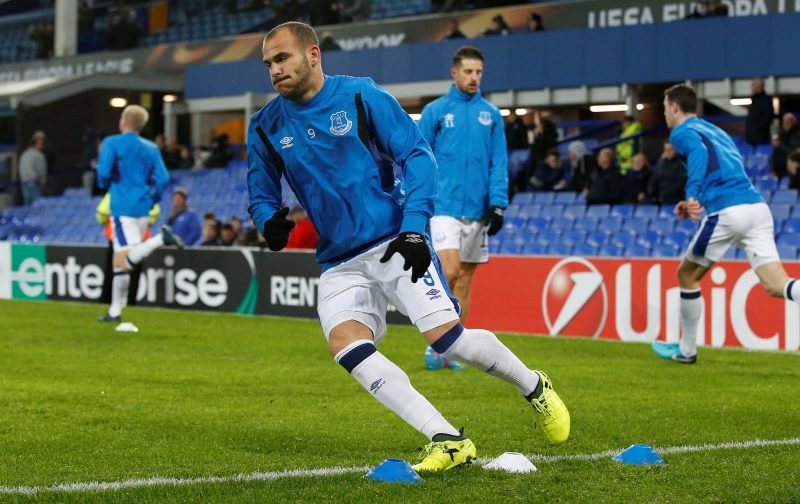 Everton will listen to offers for Sandro Ramirez and Cenk Tosun this summer as the pair are surplus to requirements. According to the Mirror, Carlo Ancelotti has yet to receive interest for the pair but would like them gone before the transfer window shuts in October.

The Mirror add that Moise Kean could also be offloaded after his disappointing debut season on Merseyside, but I’ve explained a number of times on Vital Everton why Ancelotti won’t let the 20-year-old leave so soon, so it’s hard to see us sanctioning an exit.

Sandro isn’t worth the money

Valladolid, SD Eibar, SD Huesca, Elche CF, Real Valladolid, SC Braga and Sporting CP are reportedly interested in Sandro but have yet to reach an agreement with Everton. The fact he’ll cost £85k-per-week/£4.4m-a-year in wages and has only scored three league goals in as many years may be why clubs are put off.

Last season, the 29-year-old amassed 328 minutes of football for Everton before being loaned out to Crystal Palace where he suffered long-term knee injury. Tosun is behind Richarlison, Dominic Calvert-Lewin and Kean in the pecking order, so the writing has been on the wall for some time.

The Turkish international turned down moves to Qatar and Galatasaray last summer to fight for his place at Everton, so he may be a hard player to shift with two years left on his contract. Time will tell.

Kean is an important player

The media keep talking up the possibility of Kean being sold amid interest from Italy, but it’s not going to happen this summer. The 20-year-old has featured in both our games this season (substitute appearance against Tottenham, started against Salford City), so it’s clear he’s important to Ancelotti. Our manager has said as much publicly too, so selling him would only hamper us.

In other news, Alex Iwobi has an uncertain future at Everton after a double Carlo Ancelotti snub