Opinion: Everton have big problem in their pursuit of 20 y/o, latest report is bad news 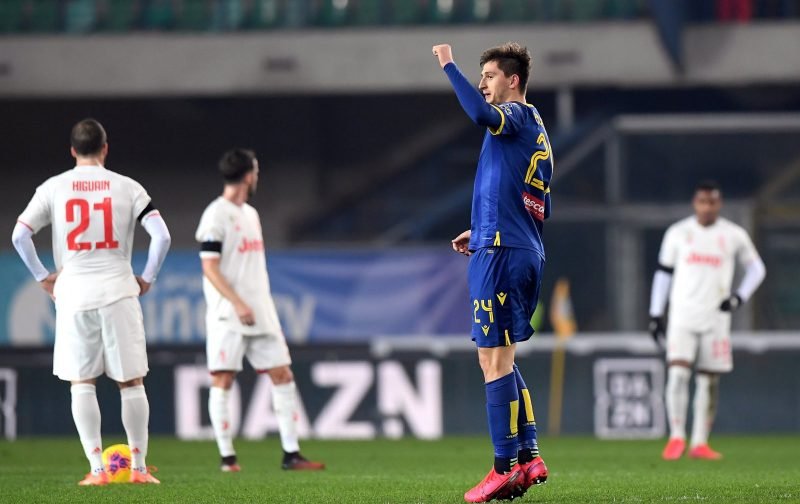 Everton have been linked with a move for Marash Kumbulla as a secondary option to Gabriel Magalhaes, but their pursuit of the 20-year-old has hit a stumbling block.

Kumbulla has a number of suitors and a lofty asking price given his young age, so it remains to be seen if the Toffees will consider matching Hellas Verona’s terms to bring him to Goodison Park, let alone being successful in a seven-way race for his signature.

FC Inter News said earlier in May that Inter Milan, Arsenal, RB Leipzig, Napoli, Fiorentina and Lazio are interested in Kumbulla, but he won’t be granted a departure from the Stadio Marc’Antonio Bentegodi unless his €30m (£26.85m) asking price is met.

There are a lot of clubs to beat out and it’s a lot of money Everton would have to pay for a 20-year-old centre-back who only broke into the first-team this season, however, so the Toffees may have second thoughts about signing Kumbulla.

Carlo Ancelotti has Michael Keane, Yerry Mina, Mason Holgate and Lewis Gibson at his disposal, so a young and inexperienced defender may not command a starting place next season. Would Kumbulla be content with a subsidiary role in England after being a regular in Italy?

Under Marcel Brands, Everton have been targeting young players with one eye on the future, but €30m for Kumbulla would be more than what the Toffees spent on Keane (£25.65m from Burnley) in 2017.