Everton should go all out to sign Dominik Szoboszlai 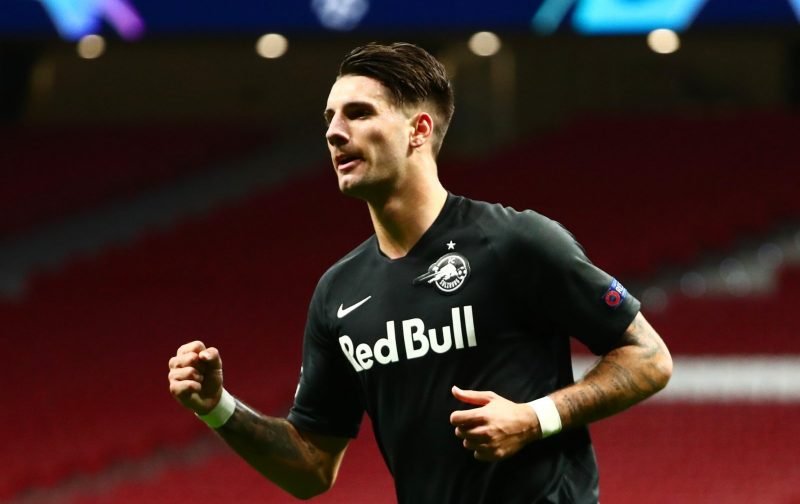 The 20-year-old winger has shone in the Austrian Bundesliga for RB Salzburg and looks to have a bright future in Europe. 90min say Szoboszlai’s release clause is only £20m, but there’s some doubt among suitors whether that’s accurate. It’s believed that he’ll cost considerably more. With so many clubs monitoring his progress, Salzburg could afford to play hardball.

How good is Szoboszlai?

Pretty incredible. The Hungarian international joined Salzburg from FC Liefering (42 appearances, 16 goals, 11 assists) in January 2018 and has gone on to make 74 appearances in all competitions, scoring 22 goals with 33 assists.

Szoboszlai has racked up 13 appearances across the board this season, scoring five goals and making nine assists. He’s been outstanding for Die Roten Bullen, but his time at the Red Bull Arena may be coming to an end.

The 20-year-old has won three Austrian Bundesliga titles and two Austrian Cups, but Salzburg aren’t big hitters in Europe. They’ve never made it past the group stages of the Champions League and currently finds themselves bottom of Group A after three games (0 wins, 1 draw, 2 defeats).

So might a club with European pedigree be a more attractive proposition for him?

Do we stand a chance of signing him?

Well, Sport Bild say Leipzig are leading the battle for Szoboszlai’s signature, but I’m skeptical whether they’ll win the race. There are so many European giants chasing the young forward, so they might have better luck luring him away from the Red Bull Arena than other clubs.

I think Everton should go all out to sign Szoboszlai as he has all the attributes Marcel Brands wanted of our acquisitions – young, great potential, not too expensive. It remains to be seen whether we will lodge an official, and it remains to be seen if we’d even be successful.

In other news, Jean-Philippe Gbamin could leave Everton when he recovers from injury