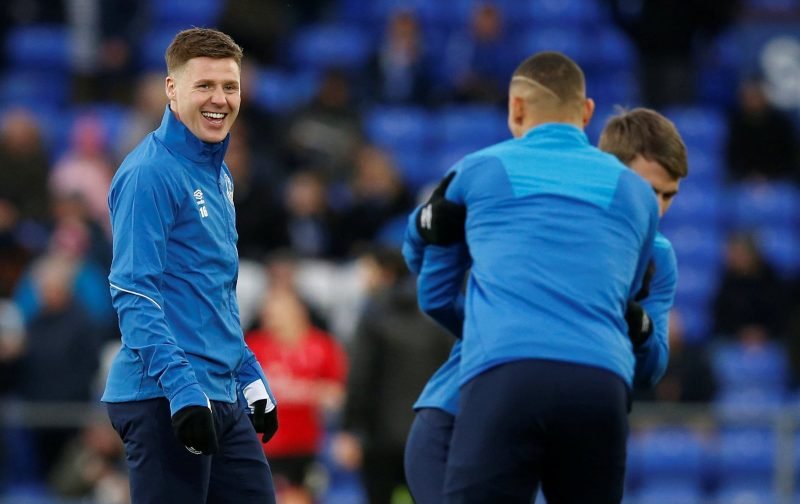 James McCarthy has been on the periphery at Everton for some time, so it’s not a surprise that his future at Goodison Park is uncertain.

The 28-year-old has been short of playing time in the last three seasons, racking up only 832 minutes of Premier League football, and now finds himself behind Andre Gomes, Tom Davies, Fabian Delph, Jean-Philippe Gbamin and Morgan Schneiderlin in the pecking order.

Marco Silva hasn’t treated him with much respect in the last year either – forcing the £50k-per-week midfielder to stay at Everton as backup, only to not included him in the squad for much of last season – and his latest comments suggest McCarthy’s time is up.

The Everton boss recently admitted he’s trying to offload the midfielder and was critical of his performances in training. Silva to the Liverpool Echo: “(McCarthy leaving) it’s one possibility of course. Let’s see what the decision will be for the next few days.

“For this match (against Werder Bremen) I went with other players, they worked better during the week and they are more ready to play and to help the team.” It’s clear he has no future at Everton, so a move before the summer transfer window shuts looks on the cards.

Crystal Palace have shown a real interest in the Republic of Ireland international but have yet to meet his £10m asking price. They haven’t improved their £8m bid and only have two days remaining in which to do so. Everton are trying to use the 28-year-old in a deal for Wilfried Zaha, so McCarthy does look set for a move to Selhurst Park regardless.