Opinion: £40.5m-rated Manchester United flop would be a worrying signing for Everton 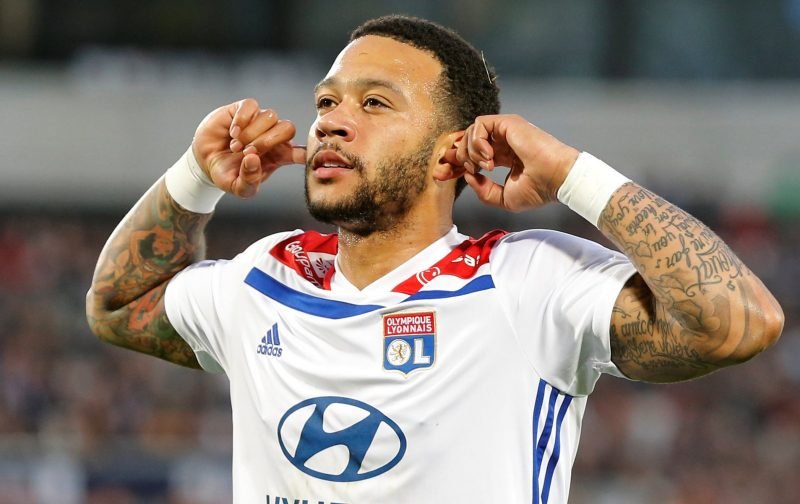 Attitude. The one thing that sets apart the good from the great. For all the talent you might have in the world, if you’re not prepared to put in the hard yards, then you might as well pack it all in.

After all, hard work beats talent when talent doesn’t work hard. And in the case of Memphis Depay, the Dutchman still doesn’t seem to appreciate that, which is why a big-money move for the Dutchman would be a catastrophic decision from us.

According to French publication L’Equipe, we’re very much interested in signing the Netherlands international this summer, and that we see him as a potential solution to our number nine problem.

The report adds that Depay is seemingly less keen on making a move to Goodison Park than some of his other potential destinations, as the Toffees are ‘not prestigious enough’ for him. That alone is reason enough for us to steer well clear.

The forward can, on his day, be electric. Pace, power and trickery. Capable of going on solo runs from just inside the opposition half, to smashing a thunderbolt in from all of 30 yards.

Now at Lyon, the 25-year-old has enjoyed a better time than what he endured whilst at Manchester United, but despite his favourable stats and wonder strikes, question marks remain over his lifestyle and approach.

The man is in his mid-twenties, and still in the early stages of his life as a professional footballer, and yet managed to release an autobiographical book entitled ‘Heart of a Lion’ earlier this year. After being dropped against Angers last October, Depay voiced his feelings that he felt ‘disrespected’, with Lyon manager Bruno Genesio laying into the Dutch star for his claims.

Indeed, his failure at Old Trafford just doesn’t seem to have kicked some sense into him. Instead, his improved run of form in France has only served to reinforce the idea that he deserves to be given special treatment. His attitude is frankly appalling, and for all his footballing qualities, the amount of baggage you get off the pitch with Depay is simply not worth it.

So Depay can sit there, and say he doesn’t want to join us, but in the cold light of the day, we don’t want him either.