Opinion: £15m-rated midfield powerhouse could be an exciting replacement for Idrissa Gueye 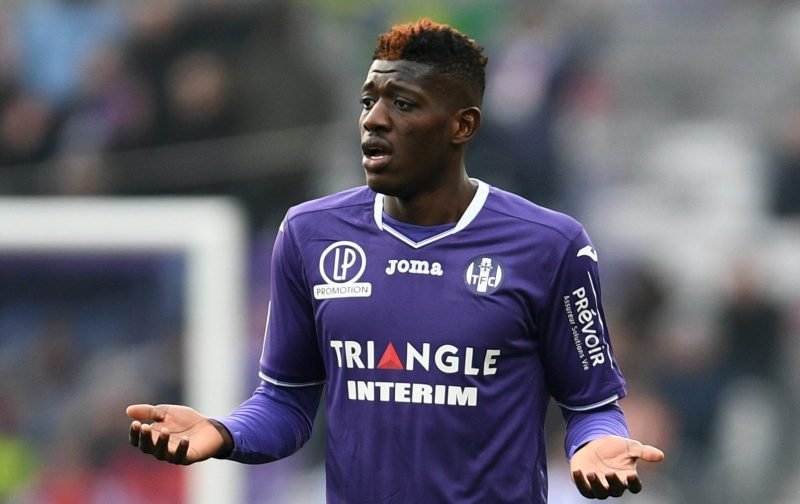 With Idrissa Gueye making his desire to join PSG public, one of our most consistent performers in recent seasons might finally get his wish this summer. Reports have suggested the French giants are plotting a £31million move for the Senegal midfielder, and if a deal does go through, we’ll have to be on the search for a replacement. But according to French publication L’Equipe, that man could be Ibrahim Sangare.

Valued at £15million by Transfermarkt, the powerhouse has enjoyed a meteoric rise since coming through the Toulouse academy and enjoyed a real breakthrough season in France this year. The 21-year-old made 28 appearances in Ligue 1, and notched a goal and an assist from holding midfield. Despite suffering a torn tendon injury that ruled him out for the best part of two months in the middle of the campaign, Sangare returned to form and nailed down a spot in the first-team.

At 6 ft 3, the midfielder has the physical frame to take to English football like a duck to water, and began to impress with his on the ball work too, becoming the heartbeat of the Toulouse side and averaging over 50 passes per game. With Gueye’s potential departure, Sangare could seamlessly fit into that defensive midfield role, and offer us that dynamic presence we would otherwise miss.

Indeed, with Marco Silva beginning to get our players more used to playing in different and unfamiliar positions, Sangare could even develop into more of a box-to-box midfielder to really take advantage of his athleticism. Question marks still remain over whether we can get a permanent deal over the line for Andre Gomes, so going for Sangare could be a very promising alternative.

Reports suggest Tottenham are also keeping tabs on developments regarding the Toulouse star, but that the Senegal international is keen on having one more season in France before making a move abroad. With figures suggesting a deal could potentially be done for a fee in the region of £20m, a move for Sangare makes sense in numerous ways: young, powerful and athletic.

With Silva trying to get our players to press from the front and get the Goodison Park faithful on side, Sangare perfectly fits the bill for the new era on the Blue half of Merseyside.