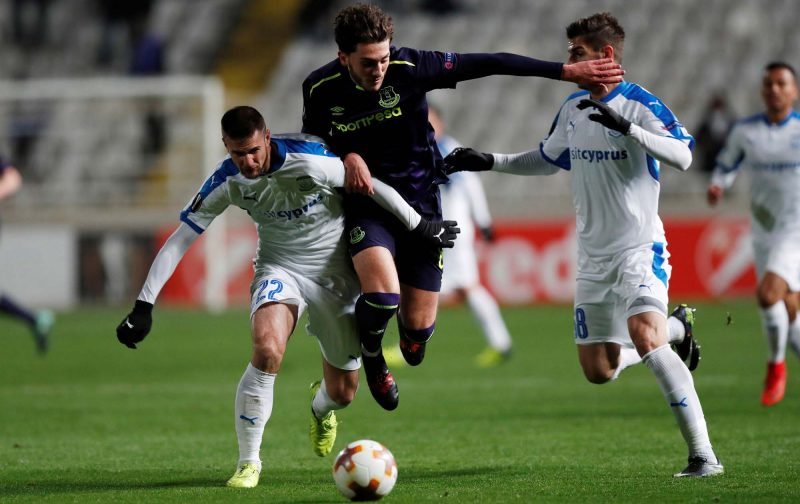 Fraser Hornby has been in fine form since joining KV Kortrijk on loan and was named ‘Player of the Month’ for his bright start to life in Belgium. Kortrijk confirmed Hornby won 22.2% of the votes, beating out competition from Sébastien Bruzzese (21.6%) & Julien De Sart (21%).

Congrats @fraser_hornby, our Player of the Month!

Hornby has contributed four goals in as many games for Kortrijk this season. The 20-year-old scored & made an assist in the Beker van Belgie against RFC Seraing (September 25) while netting twice in the Belgian First Division against Sint-Truiden (October 5).

He was prolific at Everton too, scoring & creating 19 goals in 20 games for the u18s while contributing 11 goals in 33 games for the u23s, but Hornby needed competitive league football to really develop. The Scotland u21 international is thriving in Belgium and is a regular under Yves Vanderhaeghe this season.

Since recovering from injury and working on his match fitness in September, Hornby has featured in each of Kortrijk’s last four games in all competitions, racking up 308 minutes of playing time from a possible 360. After the international break, Kortrijk next face Zulte Waregem on October 19.