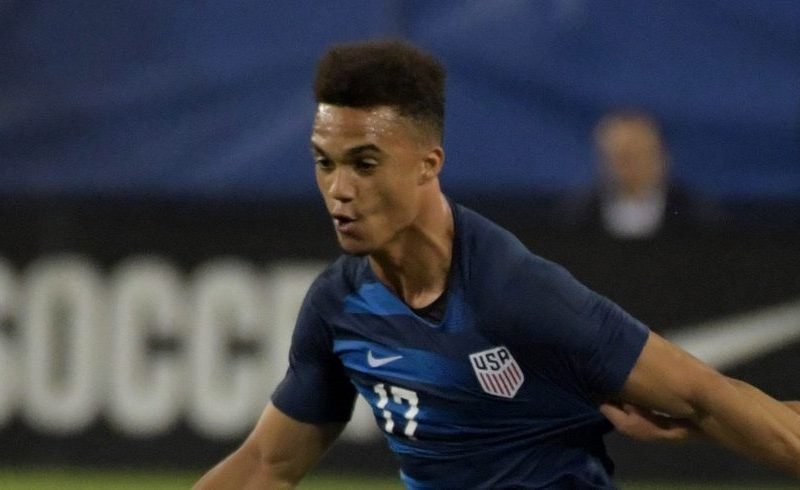 Everton confirm that Antonee Robinson has left the club to join Wigan Athletic on a three-year-deal. A bid of £2m was accepted on Saturday and now Robinson has agreed personal terms with the Latics. Wigan also say the 21-year-old could be in the squad for their upcoming friendly against Bradford City on Saturday, July 20.

Robinson failed to make a single first-team appearance in his 10 years at Everton. He found himself behind Lucas Digne and Leighton Baines in the pecking order and had a tough task of featuring under Marco Silva as a result. Robinson was expected to be in the first-team squad for pre-season, but Phil Kirkbride of the Liverpool Echo says Wigan’s approach changed matters.

Robinson’s move comes after last season’s successful loan spell at Wigan – 26 appearances in all competitions and one assist. Manager Paul Cook was public about his desire to bring the 21-year-old back to the DW Stadium and has now landed his man.