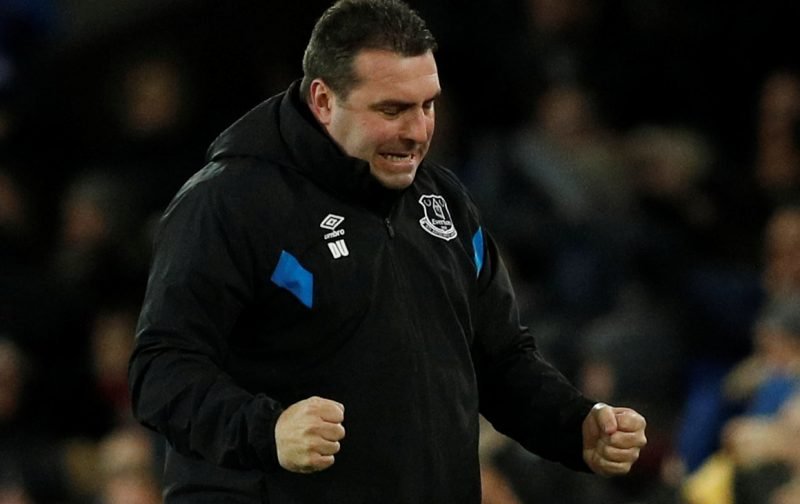 With Fleetwood Town manager Joey Barton finding himself back in the ugly side of the press given the allegations made from their game against Barnsley at Oakwell last weekend, Talksport pundit Adrian Durham made an interesting counterpoint involving Everton’s own David Unsworth this week.

Fans with long memories may well remember Unsworth’s time in charge of the first team as he stepped up to caretaker duties, but in his normal role as Under 23 gaffer, Unsworth has just taken our next generation to the Premier League 2 title and it appears well timed for Durham’s point.

Back when coaching our seniors Barton had dubbed him a ‘glorified PE teacher’ and claimed that under his charge he would likely take us into the Championship – Click Here.

Speaking on his broadcast yesterday evening (16/4 – 6.38pm) Durham remembered the broadside and offered his own opinion.

“Not bad for I quote a glorified P.E teacher, remember all that, Unsworth getting criticised by Barton? Yeah Barton had a right go at him. Remember? Well David Unsworth has just coached Everton’s young lads to the Premier League 2 title so congratulations, he can sit smugly for a while.”

It was the right week given our Under 23 success on Monday evening as we again lifted the title at that level, but others will question the timing given the ongoing investigation at the moment.