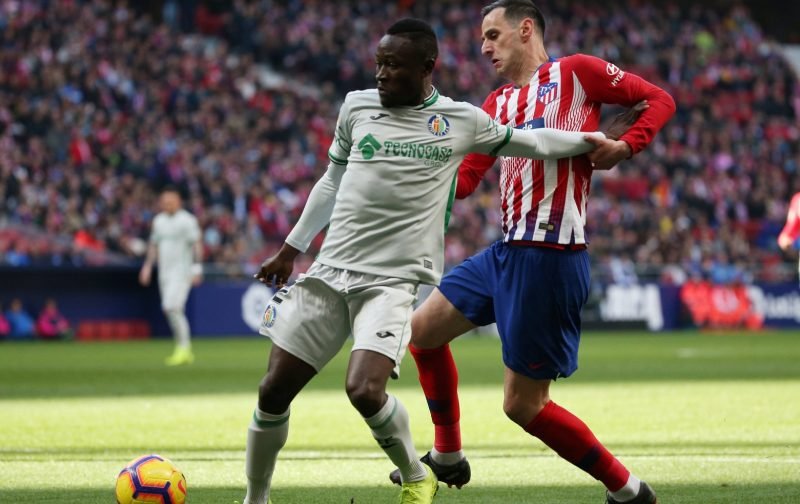 Some Toffees supporters have been reacting on social media after Everton Blue Army shared that Marca had linked the Blues with a move for rumoured Arsenal target Djene Dakonam.

This was not the first time the Spanish media have linked us with a move for Getafe’s key centre-back either, as Mundo Deportivo claimed early in May that we, and Leicester City, were considering approaching the La Liga outfit over their 5 ft 8 defender, having seen offers for his services rejected last summer.

Mundo Deportivo also mentioned the Gunners’ interest in their article, and nothing much seems to have changed since the Catalan daily sports newspaper’s report was published.

Their counterparts in Madrid understand Arsenal boss Unai Emery is still sniffing around the Togo international’s availability, but Getafe President Angel Torres will only sell if Djene’s €35million (£31.2m) release clause is triggered.

The only real difference between the claims which emerged in May and those currently being cited in Spain is that Kurt Zouma has returned to Chelsea and Phil Jagielka’s contract was allowed to expire, which has left Marco Silva needing additions at the back to work alongside Yerry Mina and Michael Keane.

However, there has so far not been a formal bid submitted for Djene this year, who recorded an average 2.1 tackles, 2.2 interceptions, 4.5 clearances, 29.4 passes and won 2.7 aerial duels per ninety minutes across his 34 La Liga appearances in the 2018/19 season.

Here’s how these Toffees supporters reacted when Everton Blue Army shared that Djene was still attracting our interest, but would only be sold for his release clause – although the figure in question was noted incorrectly.

Niasse in another shirt ????‍♂️

€30m is the new £5m nothing much has changed from Evertons transfer targets in the last 10years Need a proven goal scorer someone who’s 20+ a season Need to spend £65m minimum to get someone of that quality. Or keep buying €30m and hope one comes good but that could be in never