“Never seen that with Silva”, “What a legend” – Many Everton fans react to image from Boxing Day win 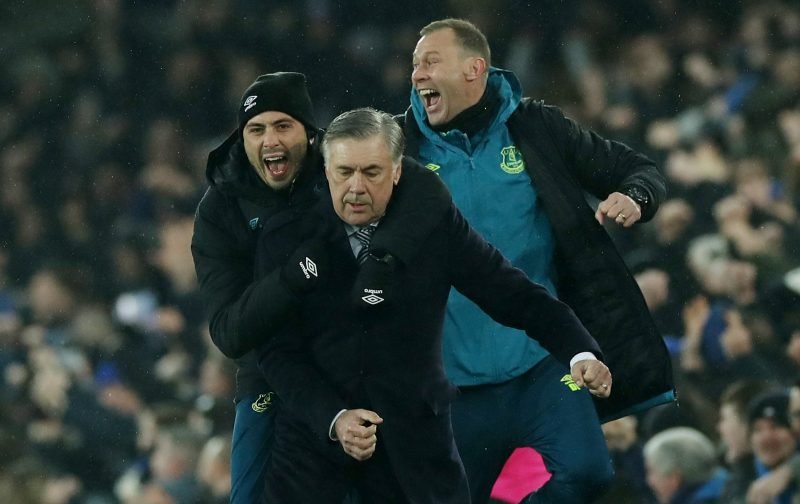 Many Everton fans have been reacting on social media to an image of Carlo Ancelotti celebrating Dominic Calvert-Lewin’s match-winning goal against Burnley on Boxing Day.

Calvert-Lewin struck past Clarets ‘keeper Nick Pope ten minutes from time when he connected wonderfully with Djibril Sidibe’s cross to kick off the Ancelotti era at Goodison Park with all three points.

It had not been the best of afternoons until the ball rippled the back of the net, which even Ancelotti conceded after the final whistle.

“In the end, the performance was good – not top, but good,” the boss noted, via quotes by the Guardian. “We were a little bit slow from the back in the first half, not so efficient on the counterattack, but we defended well and got another clean sheet.”

We certainly did defend well without the ball on Thursday as we restricted our guests to just six shots, but a want of accuracy could have easily seen Sean Dyche’s Burnley return to Turf Moor with a share of the spoils.

Of our 21 shots across the league encounter, only five managed to find their way on target with eight blocked and eight sailing wide of the post.

We had already fashioned 18 shots before Calvert-Lewin would have his goal, too, and the relief Ancelotti must have felt when seeing an effort find its way past Pope was clear for all to see in the way he celebrated with assistants Duncan Ferguson and Davide Ancelotti.

What will the result be vs Newcastle on Saturday? 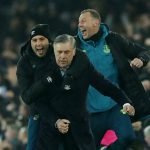 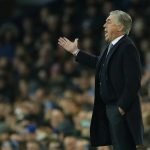 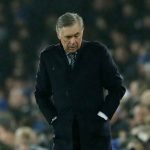 Fans have been reacting to an image of the Italian and his backroom staff celebrating Calvert-Lewin’s match-winning effort.

Never seen that with Silva

What a legend..All about the background .

Only saw this five mins ago what a scene loved it