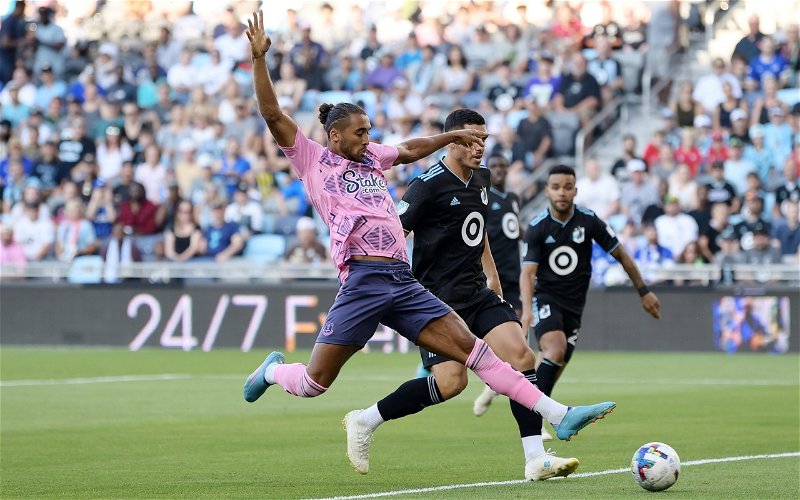 Following a 2-0 defeat to Arsenal in their first pre-season game, Everton played Minnesota United FC at Allianz Field in their second pre-season game in the US hoping for a bounce back win against a much weaker MLS side.

Everton started the game a little cagey but had a chance in the first 10 minutes when Anthony Gordon had a low driven shot but soon after Tom Davies concedes a penalty when Reynoso’s cross strikes his arm, the Argentine then converted the penalty giving Adrian Heath’s side the lead.

No more than 15 minutes later Minnesota doubled their lead after 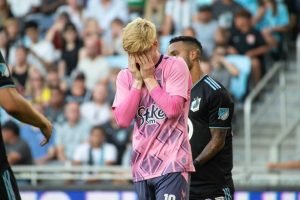 a delightful cross from Lawrence, Michael Keane steered the ball into his own net with yet another defensive mistake.

4 minutes later it goes from bad to worse for Frank Lampard as Minnesota grab a 3rd goal in 36 minutes after Pickford saves a deflected shot but is pounced on by Luis Amarilla at close range.

The 4th goal came in the 77th minute after a ball was played wide to new signing Benitez who flashed the ball across goal hitting the attackers knee past young keeper Billy Crellin.

Moments before Dele missed a great opportunity to grab a goal back after a Mason Holgate cross was put wide from 2/3 Yards out.

Do Everton need to bring in signings before the start of the new season?

How confident are you with the season 2 and a half weeks away?