Midfielder on his way out this summer 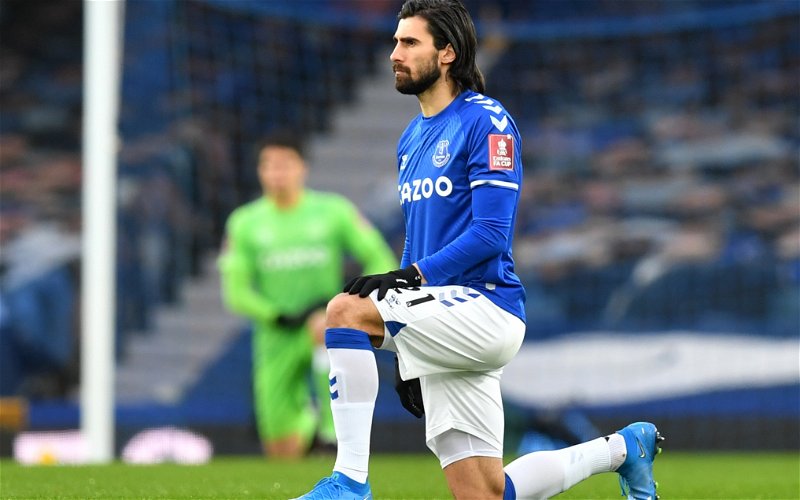 Just over a month ago we reported that Everton would listen to offers for Andre Gomes if a suitable bid was made. No bid has been made since then, but one thing is for sure, Andre Gomes is not in Frank Lampard’s plans.

So far during pre-season, Andre Gomes is the only outfield player that has not played a single minute of the 270 minutes played and Turkish journalist Ekrem Konur has said that £20M is the price tag that Everton would entertain with Italian journalist Rudy Galetti adding that Gomes could be going back to Spain.

🚨✅ Confimed: #SevillaFC are interested in André #Gomes from #Everton, as first reported by @Wtransfers7. 🤝

📌 The 🇵🇹 midfielder is looking to leave the club but – to date – #EFC will not let him go easily. 🐓⚽#Transfers #Calciomercato pic.twitter.com/qevEEjxhls

Gomes has not been the same player Everton fans watched during his loan spell, and with football being a business, Everton need to move on players, especially those on big wages that aren’t in Lampard’s first-team plans, like Andre Gomes.

A move back to Spain would bode well for the Portugese midfielder as it would suit his style of football, espescially for a player that is low on confidence since his injury, and I think Everton should use this to their advantage by offering Gomes as part of transfers.

One player that we have been linked with this week is Real Betis defensive midfielder Guido Rodriguez, and it would make a lot of sense for Thelwell and Lampard to at least see if Betis would be intrested in a potential exhange plus money.

Is this the end of Andre Gomes’ Everton career?