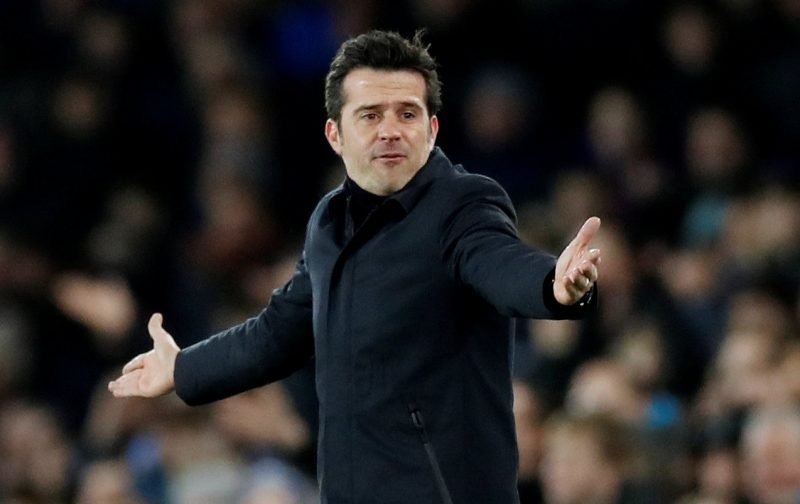 Everton as a whole have finally begun to find their feet again, but that cannot be said for everyone, and the reason Marco Silva gave the Liverpool Echo as to why Theo Walcott continually starts will be sure to enrage the Toffees fanbase.

The 47-cap England international, who has not been called up to a Three Lions squad since 2016, has been a regular inclusion of Silva’s side this term. That being despite the 29-year-old offering a return of four goals and two assists in 31 appearances in all competitions, missing just one Premier League game in that period.

In our past two outings against Cardiff City and Liverpool, the winger was clearly struggling, and looked more out of his depth than any other member of Silva’s roster, and yet he looks set to start again at Newcastle.

That is because our manager still holds great confidence in the former Arsenal ace, and has claimed that while he accepts Walcott must perform better, he has faith that his hard work will prove beneficial.

“Of course [the last two games] have not been his best performances. Even he has this feeling,” Silva told the Echo.

“But ok, you are a team. In some moments perhaps Bernard performs well and maybe Theo doesn’t perform. But it’s not just him, against Cardiff Richarlison wasn’t the same.

“Theo has had good moments, but in the last few games it’s not been so good. It’s part of the season. We have four wingers and I am here to take the decisions on who is the best to play in each match.

“What I know and I am 100% sure about is that Theo works hard to do his best for the team in each match and will work tomorrow again to do his best.”

Any Toffees supporter hoping to see the three-time FA Cup winner dropped from the side will be sadly disappointed by Silva’s comments, and will now have to pray the £100,000-a-week ace will be able to turn over a new leaf at St James’ Park.