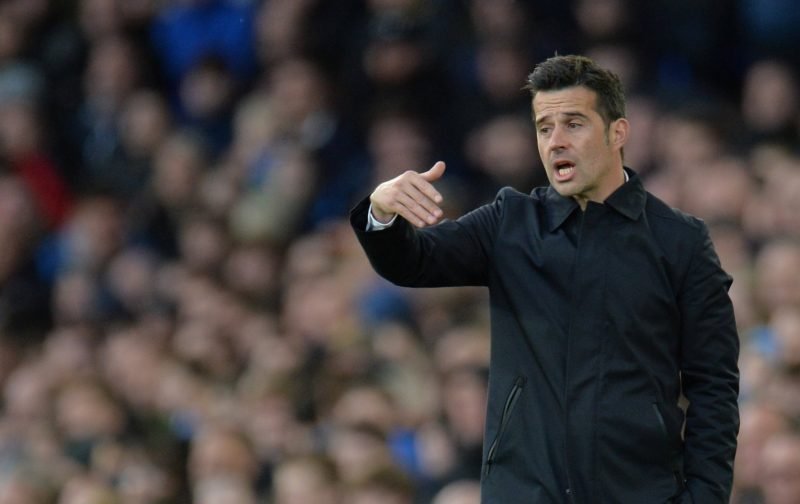 The season is not even over yet, but Marco Silva has been speaking on our first signings of the 2019/20 campaign with the Liverpool Echo.

There are not any new names added to the squad list for next term just yet, but the first new face through the Finch Farm doors could come a lot sooner than some of us were expecting.

That’s because Silva has stated that he, and Marcel Brands, are keen to wrap up our summer dealings well in advance of Deadline Day and the start of the new Premier League season.

Last summer saw the World Cup play a part in some negotiations dragging on into the final stages of the window, having already announced the capture of Richarlison from Watford.

The first new names declared as permanent Everton players could always be Kurt Zouma or Andre Gomes, with the boss’ aspirations to retain their services already well documented – Chelsea’s transfer ban could still cause problems, however.

Now, Silva’s statement of intent should get the fanbase sitting on the edge of our seats waiting to know who else will be wearing Blue at Goodison Park in our next campaign.

“It is always the idea, it is always what we try [to get deals done early],” he said. “Everything we plan is to have all the players, or at least 95% of the players, in at the beginning of pre-season and for me it is the perfect scenario.

“But you know, last season was a World Cup season and after a World Cup season or European Championships, the market is always different. The players go to their national team, everybody is seeing what is up, taking some decisions and always the deals are coming a little bit later.

“We have competitions this summer, but not the big competitions, so it could be different in the summer, it is always different to the World Cup or Euros summer. And the perfect scenario for us as a club is to have everything done for the start of pre-season but, I have to tell you, it will be really difficult. Because it is a matter of business and we have to be patient sometimes but it is our goal, our aim.

Silva did add, however, that while new signings are high on the agenda, the end to the current season must be the priority.

“One hundred per cent, the most important things are the games that are coming – West Ham on Saturday – but I keep working with Marcel and with the club in all the things we have to do,” he added.