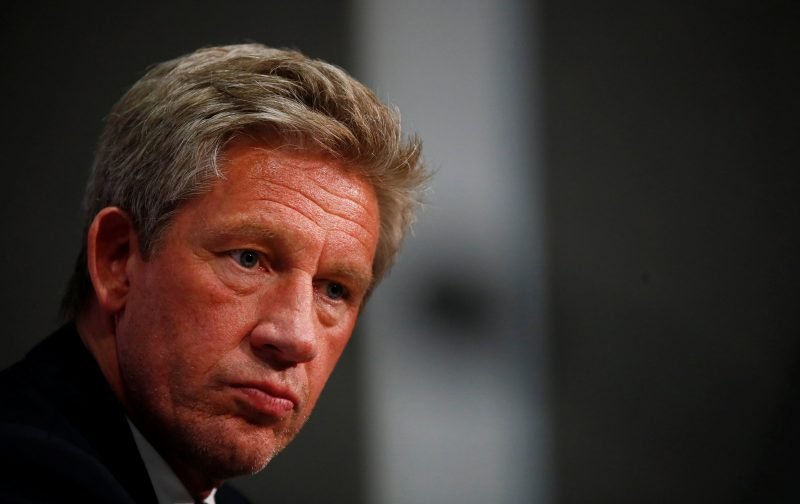 As the football news cycle was dominated by the European Super League’s rise and fall this week, you’d be forgiven for not noticing Everton made a pretty big announcement on Wednesday.

The club’s director of football Marcel Brands agreed a new three-year contract at Goodison Park, having joined the Toffees from PSV Eindhoven in 2018.

The news was greeted with plenty of positivity from the Everton fanbase and the man himself indicated he’s more than content with life at Goodison Park.

“Everton is a very special football club and a club with clear and exciting ambitions. We are making good progress and I believe we have everything in place for us to be successful,” he said in a statement on the club’s official site.

“I am delighted to continue to work alongside such supportive and ambitious colleagues on our Board and Executive team and this, together with such a talented manager and supportive owner and Chairman, puts us in a really strong position for the future.”

Good news to have Brands stay on. I think he’s done an ok job, overall.

Still want to see more from Brands, as much as he's done a decent job overall. I do think his brief is a lot different now than when he walked in too.

The mess he inherited was always going to take ages to sort out. Stability is an important part of the route out of that… #EFC https://t.co/k8VGtL2nrS

So happy to see Brands extend his contract 👏

He’s made such a big improvement to our recruitment process 🤝

At home games he also stays out of the lounge and stands at his seat during halftime – which is a weird thing for me to point out but I’m a big fan of that 💙 https://t.co/G7ouhP8wFJ

Unsurprisingly, there have been ups and downs for Brands, who was tasked with trimming down a bloated squad on arrival, adding exciting new players and lowering the average age of the squad.

Sometimes it’s seemed as though he’s taken the lead on transfers, whereas on other occasions it’s been the managers working under him—Everton may not have landed Richarlison or James Rodriguez had Marco Silva or Carlo Ancelotti not been at the helm respectively.

Evertonians will be looking for Brands to bring in more players like Ben Godfrey moving forward, who are young, versatile, athletic and in possession of a mindset that aligns with the principles held by supporters.

Crucially, he will also bring stability. Since the departure of David Moyes in 2013, Everton have lacked consistent football leadership, with a number of managers coming in and out the door at Goodison Park. He and Ancelotti have done enough to earn some prolonged faith should the Toffees enter a choppy spell.

In Brands, Everton don’t have someone who is going to set the course in every aspect of the football club alone, with Ancelotti clearly playing a huge role in terms of recruitment too. However, his influence can give the Toffees an anchor to a consistent identity and approach, something that has long been required for the Merseyside outfit.