‘Lunatic’, ‘For the love of God no’ – Many Everton fans react to links with £25m man 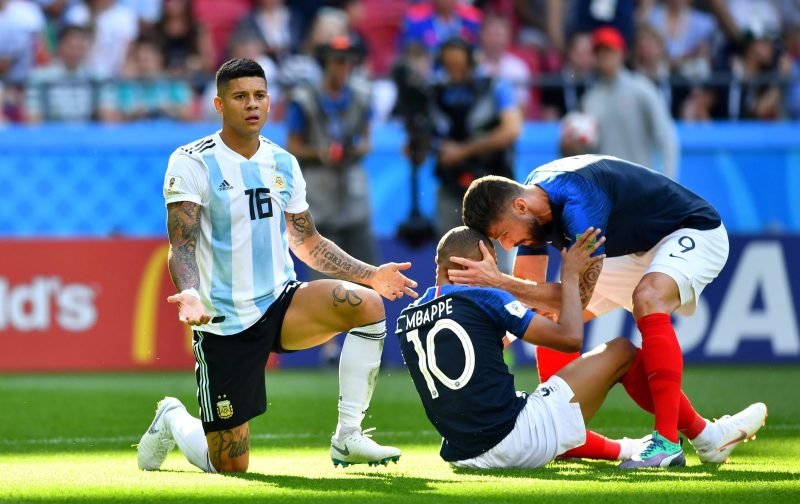 Everton are in talks with Manchester United in a bid to sign Marcos Rojo on a permanent deal, according to Sky Sports.

We are still in the market for a new centre-back on Deadline Day after failing to secure a return to Goodison Park for Kurt Zouma, while also losing Phil Jagielka and Ashley Williams.

The Red Devils have rejected a loan approach for Chris Smalling, as well, leaving Marco Silva with three senior centre-backs going into the Premier League curtain-raiser against Crystal Palace.

Efforts were made to sign Rojo last summer to no avail, but the Argentine centre-back is now understood to be on the market, with United said to be chasing a fee in the region of £25million as he has two years remaining on his contract at Old Trafford and an option for a third.

It is expected that the 29-year-old will be sold before the market slams shut at 17:00, with Sky Sports noting that the 59-cap international was at United’s Carrington training base this morning with his representatives to discuss his future in Manchester.

Rojo played just eight times across all competitions last season, with injuries the cause for his absence in 15 Premier League matchday squads and three FA Cup fixtures.

As well as Sky Sports claiming talks are underway regarding a permanent transfer, the Daily Mail have suggested we have enquired over the potential of a loan deal, as Silva is hesitant to a full-time arrangement given Rojo’s recent injury record.

Word of our alleged interest in the one-time FA Cup-winning Argentine has not been received overly well by Everton fans on Twitter, with some supporters sharing their hope in the speculation being ‘fake news’.

Here’s how these Toffees fans reacted…

nearly signed him last season, played under Silva before, this is going to happen…

Don’t like him around the box. Prone to give away penalties

Why are we always interested in man utd rejects lol ????

May aswel of kept funes mori

No. For the love of god no.