Frank Lampard has a number of transfer targets this summer, and with James Tarkowski expected to be announced at the start of July, Lampard is looking to his former employer for a number of players, with Hakim Ziyech being the latest name thrown in the mix.

It has been reported by GiveMeSport, that transfer insider Dean Jones has said with Chelsea looking to reshuffle their attack, Lampard will look to take advantage and make a move for the player he signed from Ajax, when at Chelsea in 2020.

With Chelsea reported interested in Man City’s Raheem Sterling and Barcelona’s Ousmane Dembele on a potential free transfer, now would be the perfect time for Lampard to make his move with Leeds United reportedly looking at the winger if they lose Raphinha.

Since the Thomas Tuchel took over from Frank Lampard, Ziyech has found his minutes limited with a majority of them coming from the bench, as Tuchel prefers a back 3 with his wing-backs providing the width.

This is similar to what Lampard has done in his 6 months in charge at Everton, but he also plays with two wide attackers who can come from the wing, and Ziyech can be the perfect player from the right side.

“He (Ziyech) could play as a winger that gives us real width, but also gives us the clever movements when he comes off the line.

He can really produce important passes, assist-style passes, or break-the-line passes; passes that he takes on that maybe other players don’t.” – [TeamTalk]

Ziyech is clearly a very talented player and one that Lampard knows and would love to work with again, when Ziyech signed for Frank Lampard’s Chelsea, he said that Lampard was one of the reasons he joined Chelsea.

“In his time he was such a big player and he was a midfielder so I can learn a lot from him,”  – TalkSport

If the opportunity presented itself, any move would most likely be a loan, and this would potentially work in Chelsea’s favour similarly to when Romelu Lukaku was loaned to Everton.

Everton using Chelsea’s players put them in the shop window on a weekly basis, for either a move or a second chance at the club, and if Ziyech can help Everton take points off of teams around Chelsea in the league, it is a win-win.

Would you like Lampard to try and bring in Ziyech? Would you prefer a different player from Chelsea? 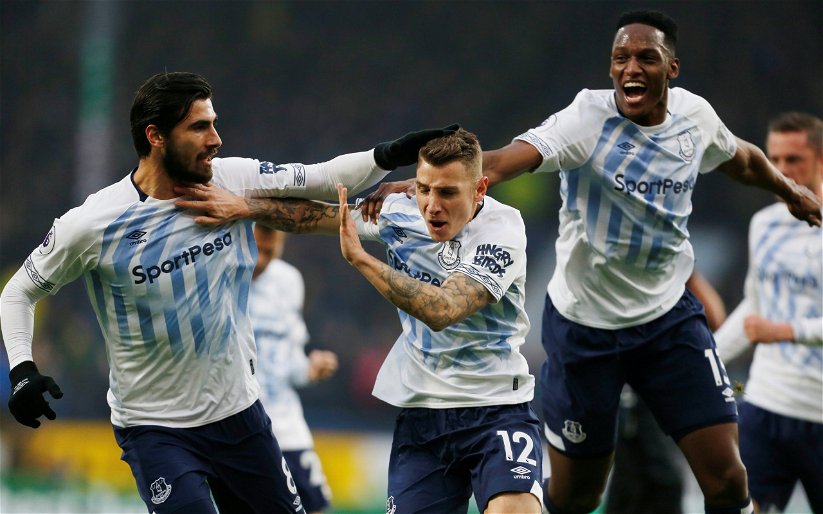