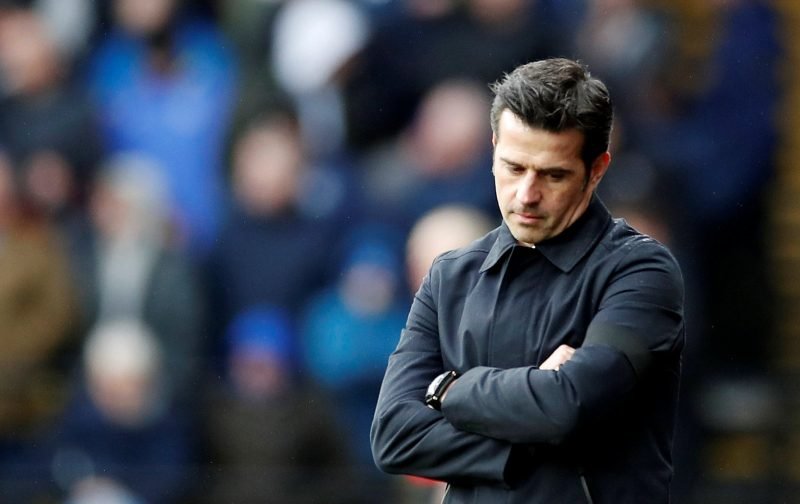 It might only be eight games into the Premier League season, yet Saturday’s trip to Turf Moor could be Marco Silva’s most important fixture to date at Everton.

With the Merseyside club heading to Burnley on the back three league defeats in a row, the pressure is seriously mounting for Silva, who currently finds his side languishing in 15th place in the Premier League standings after seven matches.

And after a summer transfer window were the Toffees spent a reported £107m according to Transfermarkt and a run of games that only saw Everton face off against one of the top-six, it is pretty astonishing to see the Premier League side this far down in the table.

Indeed, this is what makes Saturday’s tie against Burnley all that more important, with supporters expecting nothing but the three points this weekend, and for Silva, anything but a first win in the league since the start of September could and more likely will spell the end for the Portuguese manager on Merseyside.

Pressure has been mounting over Silva and his position at the club for some time, with many fans on social media eager for the former Watford man to step away from the club after a dreadful start to the season as shown in tweets below…

#silvaout 3 defeats on the trot. 2 home defeats on the trot. 15th in the league with 7 points from 7 games. Not getting any better is it Marco? You are clearly sticking around for the compo. Have a little professional pride and resign a position which is clearly beyond you.

This is where Everton were on the table this time, exactly 3 years ago!! #everton #silvaout pic.twitter.com/5E08zpUELg

And Everton dropping further points against Burnley will only add more fuel to the fire to get Silva out of the club, which could reach a critical point that might see the 42-year-old manager depart England for good.

Silva has had a mixed time at Everton since joining the club in 2018, yet even barely into his second season with the Toffees, supporters are already growing weary of his disinteresting football and uninspiring way of the game, and a poor result against Sean Dyche’s side might be the final straw for the Merseyside boss.