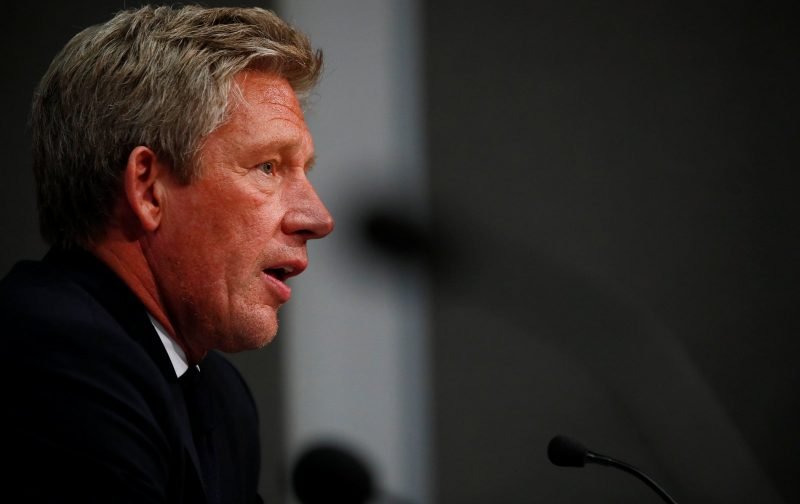 If there was ever a club that could be found guilty of signing players that looked better on paper than on the pitch, it would be Everton.

The Toffees often find themselves being praised by supporters from other Premier League clubs every other transfer window for the signings they make as per The Telegraph, yet it is even rarer to find these same fans nine months later when these players fail to live up to expectations.

We all remember the summer of 2017, where the Toffees spent a reported £140m on new players as numbers from Transfermarkt show where now only three of those names remain at the club to this day.

Indeed, this embarrassing window could be part of the reason as to why Everton went out of their way to bring Marcel Brands to the club as director of football in 2018, with the Dutchman overseeing a PSV side that won multiple league championships and using his intelligence in the game to make the right signings for the Eredivisie club.

And as Football Insider report that Everton will set upwards of £10m to sign a new centre-back in January, Brands will need to use his footballing knowledge to the max to solve a problem that is seemingly going to plague the Toffees for the remainder of the season.

With the Premier League table showing that Marco Silva’s side have already conceded 12 goals this season, more than the likes of Aston Villa, Brighton and Sheffield United, a new centre-back is needed during the winter transfer window.

And as graphs from Transfermarkt showing that Everton only have three natural centre-backs to pick from, it seems like this is a problem that should have been fixed in the summer, yet as is the way with the Toffees, attempts to bolster these numbers in the form of Kurt Zouma and Fikayo Tomori were quashed.

With only £10m+ to spend on a sole defender, supporters should not expect a name that is going to revolutionise the backline, instead, a player who is likely to bring experience to a young back four and a centre-back Brands knows will be able to do a job in the English top-flight.

This will be the director of football’s hardest job to date at Everton, yet Brands has proven in the past to deliver when requirements and cash are tight.