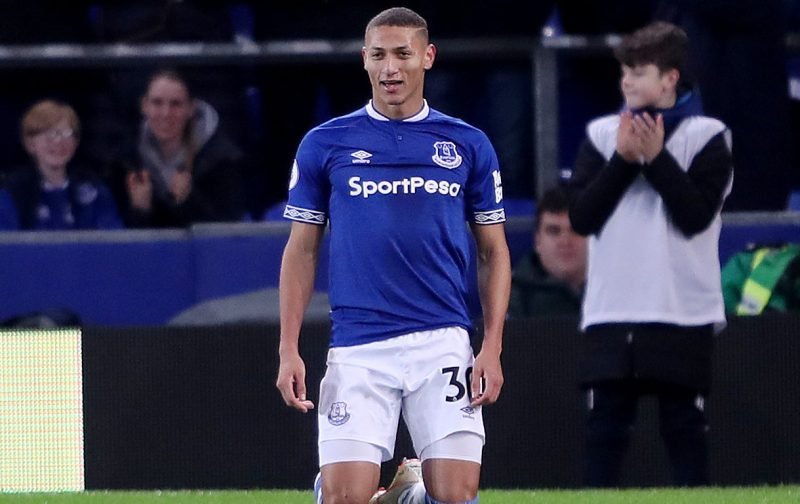 AC Milan may be a sleeping giant of the Italian scene, but the heavyweight of European football has been considering who their priority signings will be in the summer, and Calciomercato understand Richarlison is among those in mind.

The Brazilian has been a reported target of the San Siro outfit for a while, but the Rossoneri are not alone, with clubs from around the top leagues said to be monitoring his development at Goodison Park.

For Milan’s part, Richarlison is not currently suggested to be their number one target, as Sporting Director Leonardo Nascimento de Araujo is still evaluating a range of names, including former Toffees ace Gerard Deulofeu and OGC Nice wonderkid Allan Saint-Maximin.

A winger is seen as the main position that needs strengthening for Gennaro Gattuso’s next campaign at the helm, regardless of their inclusion in the Champions League, and Milan could look to add more than one depending on where Hakan Calhanoglu’s future lies.

Yannick Ferreira Carrasco, however, has been ruled out as the priority signing, for now, as the Rossoneri are not keen to return to their winter interest, which saw Dalian Yifang’s President refuse to sanction the move, despite the player’s enthusiasm to return to Europe and already had his bags packed.

Milan could still look to add the Belgium international to their ranks for next season, but Leonardo will use the final weeks of the season to complete the Serie A outfit’s scouting reports on all of their targets.

If the 49-year-old – who has held the Sporting Director role at the San Siro since July 2018 – decides Richarlison is the man to target, reports suggest we will hold out for £80million.

So far this season, Richarlison has scored 13 goals in all competitions, and created a further two.