“Keep him”, “Brilliant player” – A lot of fans want Everton defender to stay this summer 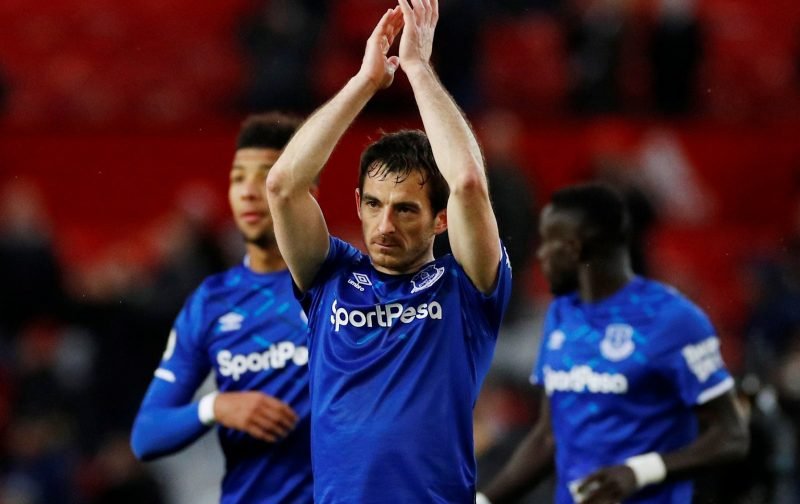 Leighton Baines has an uncertain future at Everton as he’s out of contract this summer and finds himself playing second fiddle to Lucas Digne. The 25-year-old has spent the season on the bench and out of the matchday squad, so it remains to be seen if Everton are willing to renew his deal.

While a fantastic servant and legend among supporters, Baines isn’t immune to being sold. Phil Jagielka ended a 12-year association with Everton to return to former club Sheffield United last summer, so it’s not a stretch to suggest his teammate could be moved on too.

That being said, a lot of supporters from Everton Football Club Fans are adamant that Everton should keep Baines and say he should be allowed to stay at Goodison Park until he retires. Some have even mooted the prospect of him becoming a coach when his playing days come to an end.

David Jones: “We may offer him a reduced deal, and if so I’d keep him another year.”

Paul Merrison: “Seen him twice this season. Still one our best.”

Paul Jones: “Pay as you play deal and a coaching role, maybe?”

Karl Carey: “Keep him until he retires then offer him a coaching role..”

Scott Murray: “Keep him playing then convert him into academy/coaching staff.”

Kevin Hanson: “They should ask him what he wants to do he’s earned the respect for that.”

Jamie Clarke: “New contract. Keep him as long as he wants to remain back up and he is still up to the job. He is certainly up to the job.”

Mark McCormick: “Keep him for sure.”

Baines joined Everton from Wigan Athletic in 2007 and has gone on to make 417 appearances in all competitions, scoring 39 goals and making 67 assists. The England international lost his place in the side after Lucas Digne joined from Barcelona in 2018, however, making 14 appearances in the last two years, so it’s clear Baines is winding down.

Despite featuring only six times across the board this season, he put in impressive performances against Manchester United and Arsenal, so there’s still life in his old legs. That being said, whether it’s worth Everton paying £3.38m to have Baines for another 12 months remains to be seen. Fans want him to stay, but the Toffees will soon decide.