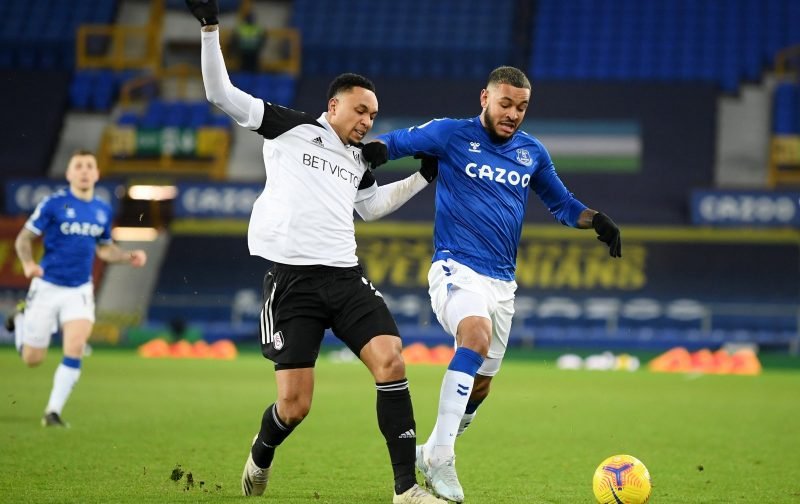 When Everton signed Joshua King on a short-term deal from Bournemouth in January, it was a transfer that seemed to make sense for all parties.

The Toffees were getting another attacking option to take some of the pressure off Dominic Calvert-Lewin and Richarlison, while the six-month contract signed by the Norway international meant they had no long-term obligations in place.

As for Bournemouth, they were able to get a big earner off their books as they continue a season of transformation and rehabilitation in the Championship.

But as of yet, the transfer hasn’t made much sense for the player himself.

While King was always going to be behind the aforementioned strikers in the pecking order, he’s still not started a game for the Toffees. His eight substitute appearances have totalled 118 minutes and within that time on the field he’s yet to grab a goal or an assist.

The decision from Everton manager Carlo Ancelotti not to bring King on on Monday in the 1-1 draw with Crystal Palace felt like a big moment in the 29-year-old’s short career on Merseyside.

Not only had Calvert-Lewin and Richarlison endured testing nights in front of goal, the team would’ve benefitted from an injection of energy up top as Crystal Palace pushed forward in search of an equaliser.

Indeed, it would’ve been galling for King to see Jean Philippe-Gbamin enter the action—having not played a competitive game for nearly 600 days—ahead of him, albeit they play in different positions.

Ancelotti has said in the past that King will get opportunities to start for Everton. But with the stakes getting higher as the end of the season gets closer, it’s difficult to see where those chances will come, provided Richarlison and Calvert-Lewin both stay fit.

The nature of the King transfer always meant that there would be a chance for the striker and the Toffees to go their separate ways at the end of the season if the fit wasn’t right. Things can change quickly in football, but it feels increasingly likely that’ll be the path player and club will take.