How did James Rodriguez perform in Everton’s 2-2 draw with Liverpool? 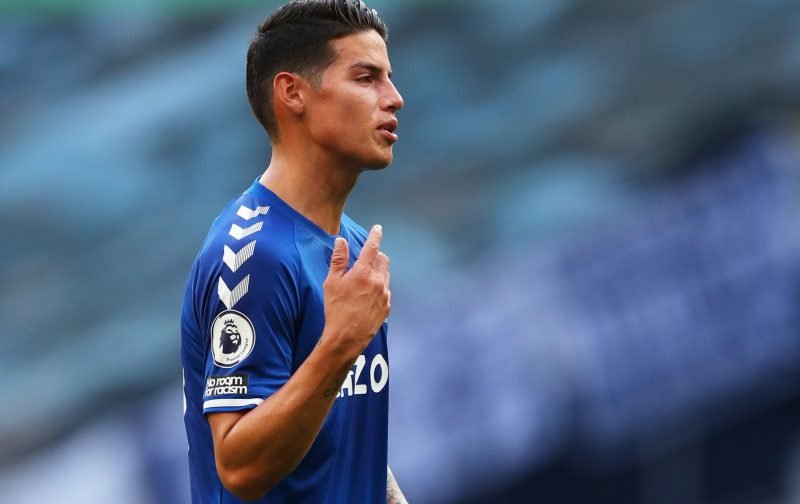 Everton drew 2-2 with Liverpool on Saturday afternoon to stay top of the Premier League table. Michael Keane cancelled out Sadio Mane’s opener in the first half and Dominic Calvert-Lewin cancelled out Mohamed Salah’s goal in the second half.

James Rodriguez grabbed an assist for our opening goal and was threatening in bursts. While not a vintage performance by the 29-year-old, no player created more chances, made more dribbles and whipped in as many accurate crosses than James.

How did he fare against Liverpool?

Not bad at times. James’ overall performance didn’t garner as many plaudits as some of his previous ones, but he was still effective as a playmaker. He started in a front-three with Richarlison and Calvert-Lewin, and two of the trio contributed a goal over the weekend.

Against Liverpool, the Colombian international played a full 90 minutes, had 65 touches, played seven long balls with six finding a teammate, won one aerial duel, completed 87.8% of his 41 passes, created three chances with one assist, had two shots with 50% hitting the target, made three successful dribbles, won four free-kicks, whipped in six crosses with 50% finding a teammate and made two tackles.

Bright start to life at Everton

James has taken to life in the Premier League like a duck to water. Since joining from Real Madrid over the summer, the 29-year-old has made six appearances in all competitions, scoring three goals with four assists.

We’ve had a fantastic transfer window bringing in Robin Olsen, Niels Nkounkou, Ben Godfrey, Allan, Abdoulaye Doucoure and James over the summer and are reaping the rewards already.

After five games, we’re top of the table with 13 points from a possible 15, having beaten Tottenham, West Bromwich Albion, Crystal Palace and Brighton & Hove Albion before drawing with Liverpool.

We’re currently three points clear at the summit ahead of our trip to St Mary’s to face Southampton, although Leicester City and Aston Villa could narrow the gap when they lock horns on Sunday evening.

In other news, Everton have been linked with a January move for Adrien Rabiot, but has the ship sailed?