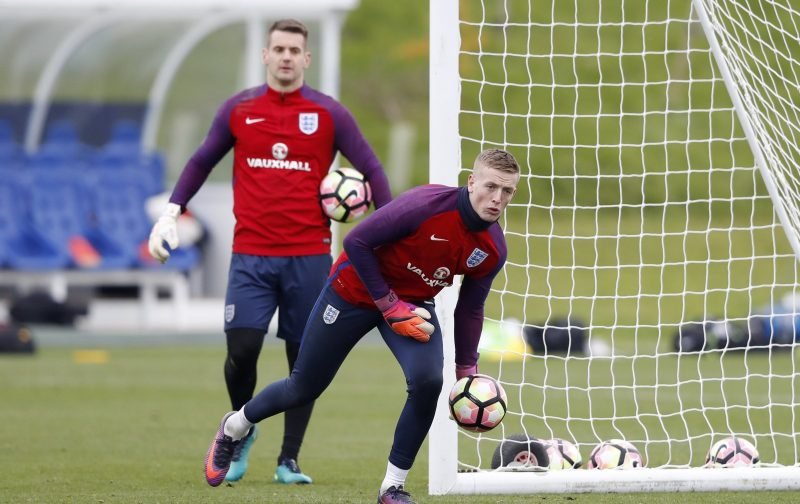 Jordan Pickford may have turned in his fair share of erratic performances this season, but Burnley’s Tom Heaton is well aware that he faces a challenge to snatch England’s number one jersey from our man, according to quotes reported in The Sun.

The 32-year-old has been discussing taking the fight to Pickford in the wake of his latest mishaps on the road at Newcastle.

Costing us three valuable points is not expected to cost the 25-year-old his starting spot in England’s upcoming Euro 2020 qualifiers against the Czech Republic and Montenegro, though, leaving Heaton in the cold.

The squad named by Gareth Southgate does include the Claret’s current number one, however, and he aims to take full advantage of his return to international action after missing last summer’s World Cup through injury.

“He was incredible at the World Cup, but I want to push him as hard as I can,” the 3-cap ace told The Sun.

“The first step for me was to get back involved in the squad and go from there. It’s been a target of mine, I’ve done that and I’m very happy to be back in. From now on, it’s down to the manager next week.

“I will be desperate to play and I’ll be trying my hardest in training. I hope to make an impact, but I know full well Jordan has been excellent for England.”

Heaton’s eagerness to take the challenge to Pickford can only be seen as a good thing back on Merseyside, as he has no competition at Goodison Park.

The rivalry to be England’s number one, though, will give him that and we will benefit from a goalkeeper who knows he must deliver week in, week out.