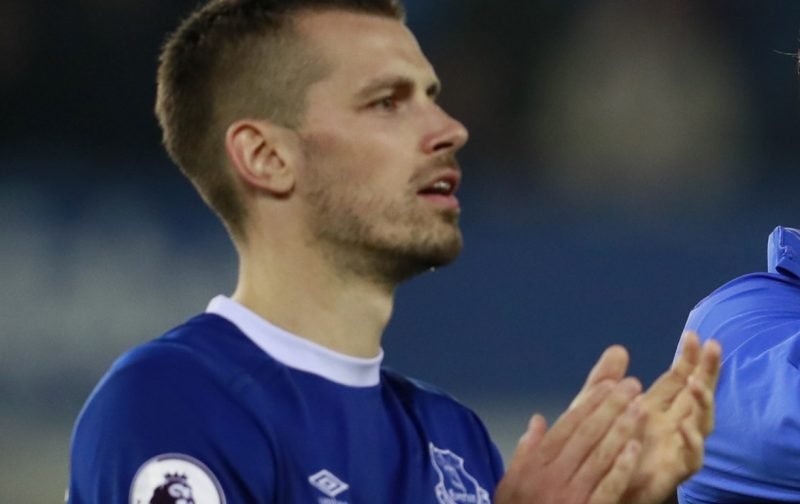 Morgan Schneiderlin has been criticised by supporters for most of the season, but the Everton midfielder was hailed on social media after impressing in Saturday’s 3-1 win over Crystal Palace.

The 30-year-old started alongside Gylfi Sigurdsson in midfield and was outstanding. He was dominant in the air, frequently turned over possession, seldom gave the ball away and was alarmingly accurate with his long balls (6/6).

Saw the team before wasnt sure wtf carlo was on. But credit due. Coleman battered #zaha. Schneiderlin was inspired. Trust in #Carlo he knows what hes doing.#EFCmatchday #everton #efc #carlomagnifico

Another error for Pickford but brilliant save after 2-1. Schneiderlin had a really good game, some excellent switching the play passes. Excellent goal from Richarlison.

Schneiderlin played well today but needs to continue,hope Ancelotti has turned him over a new leaf

I just need to say that under ancelotti morgan schneiderlin is looking like a quality player, he doesn't seem to do alot wrong right now 💙💪🏻 #EFC

I'd also say that Schneiderlin played a good game today. I'd want to partner him with Gomes versus Arsenal, even if Delph is available. Gylfi is a good player, but it really looks like he can only play in a 4231 formation. Apart from the nearly goal, he was mia today.

Against Palace, Schneiderlin played for 90 minutes, made 66 touches, won two aerial duels, made four clearances, completed 86.1% of his 43 passes, made four tackles, had one shot and made four interceptions.

The French international has made 17 appearances in all competitions this season and may have given Carlo Ancelotti food for thought ahead of Everton’s meeting with Arsenal (February 23).

Schneiderlin hasn’t been a regular for the Toffees and hasn’t been the most consistent player, but his performance on Saturday will have silenced some critics.

With Fabian Delph suspended on Saturday, Ancelotti gave Schneiderlin the nod and was vindicated in his decision. Whether he sticks with the Frenchman remains to be seen, however.

One Reply to “‘Inspired’, ‘Quality’ – some fans hail Everton midfielder after 3-1 win”