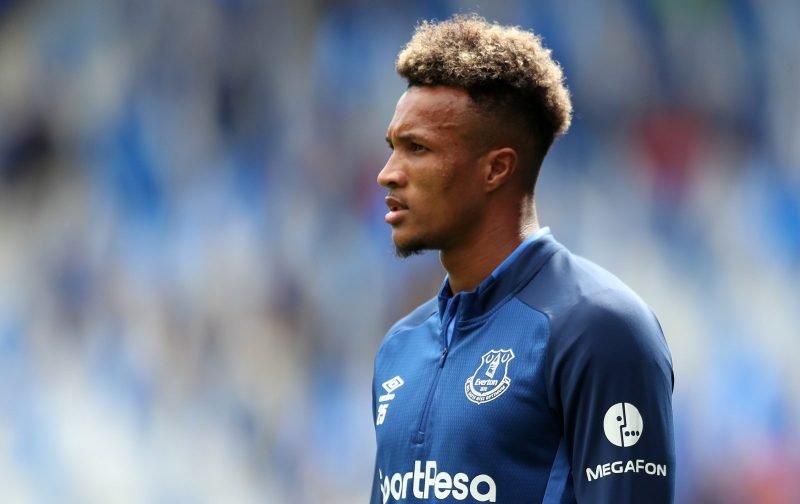 Carlo Ancelotti has confirmed that Jean-Philippe Gbamin could make his long-awaited return in December after recovering from an achilles injury. The 25-year-old underwent surgery in May and wasn’t expected to be back until 2021.

Gbamin has been injured for most of his Everton stay

We signed Gbamin from 1.FSV Mainz 05 in August 2019, but he’s only managed two appearances in all competitions due to injury.

The Ivorian international made his debut from the bench in our 0-0 draw with Crystal Palace (August 10, 2019) and started our 1-0 win over Watford (August 17), but he suffered a thigh injury which was initially mean to keep him out for three months. Gbamin underwent surgery on his quadriceps, however, and wouldn’t return until the New Year.

The 25-year-old was building up his fitness in training during the early months of 2020, but the Covid-19 pandemic delayed his comeback and he’d seriously damaged his achilles by the time football returned. It was a non-contact injury he suffered in May and Everton said he’d likely be out for six months, so could we see Gbamin before 2021?

What has Ancelotti said about Gbamin’s return?

Ahead of Saturday’s meeting with Liverpool, Ancelotti recently told Evertontv: “Gbamin is working individually, he is not (at USM Finch Farm) yet. I think he is going to be here in 15 days and start to work apart from the team in the beginning, and then with the team. At the end of November, I think he can be fit to play.”

If all goes well, we could have Gbamin available for the second half of the season. He’ll be like a new signing given how little he’s played for us, so it may save us scouring the transfer market for a central midfielder in January.

Muhamed Besic, Beni Baningime and Fabian Delph could be moved on in the winter transfer window, so it’s beneficial having Gbamin, Gylfi Sigurdsson and Tom Davies providing cover for Allan, Andre Gomes and Abdoulaye Doucoure.

It’s been 14 months since Gbamin last turned out in an Everton shirt, but his third appearance could only be weeks away now. He’s sure to be rusty and will need his minutes managed by Ancelotti, but it’s great news that he’s on the recovery trail.

In other news, what’s the latest on Mason Holgate and Jarrad Branthwaite ahead of Saturday’s meeting with Liverpool?