Injury boost for Everton as Richarlison is fit to face Fulham 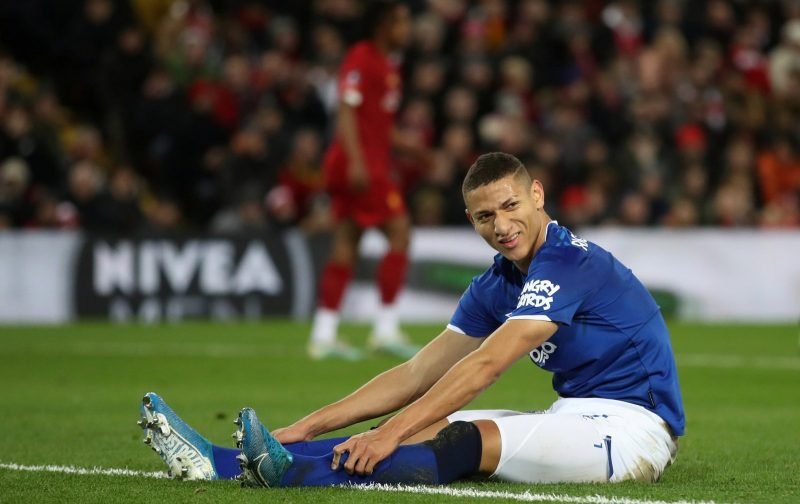 Everton have confirmed that Richarlison will be fit to face Fulham on Sunday afternoon. The 23-year-old was a doubt ahead of our upcoming clash with the Cottagers after picking up a knock on international duty, but Carlo Ancelotti has said Richarlison won’t be sidelined over the weekend.

We’re without a win from our last four Premier League games and have lost three on the bounce, so it’s good news that Richarlison will be available. The Brazilian international scored in the Selecao’s World Cup qualifier victory over Uruguay on Wednesday and has contributed six goals at club level this season, so we desperately need him.

How did Richarlison pick up the knock?

The 23-year-old picked up the minor injury against Uruguay. Richarlison went down following a heavy challenge from Edinson Cavani and was substituted with 20 minutes to go. He only had days to recover before the trip to Fulham, so there were fears he’d miss the weekend outing.

But Ancelotti said in Friday’s pre-match press conference: “The players from South America came back yesterday (Thursday). They trained on Friday. It seems they don’t have problems. They are quite fit, a little bit tired from the travel, but we have time to recover until Sunday.”

We’ve been without Richarlison in our last three Premier League games due to suspension and have lost every match (2-0 defeat to Southampton, 2-1 defeat to Newcastle United, 3-1 defeat to Manchester United) in his absence, so his return could be key to us turning our form around.

We can beat Fulham with Richarlison

Richarlison’s last outing in an Everton shirt came in our 2-2 draw with Liverpool (October 17) and it’s been a long month without him. He’s scored four goals with two assists in seven appearances and hasn’t been on the losing team this season, so he might be a good omen against Fulham.

The Cottagers are 17th in the Premier League table with four points from eight games, having won one, drawn one and lost six. Fulham did win their last home game in the league but lost the three that preceded it, so we have an opportunity to get a result.

In other news, Everton have been linked with a January move for Isco, but how much will he cost? Will Real Madrid sell?