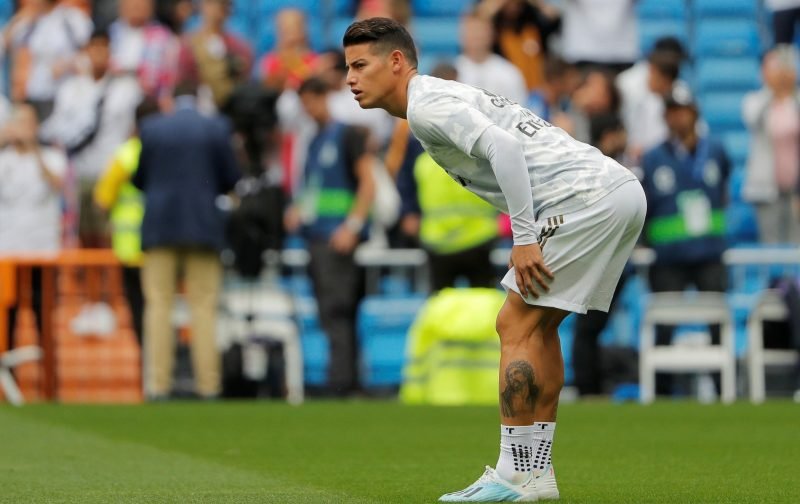 Lots of Everton fans have been reacting on social media to reports by El Desmarque, claiming the Toffees are on pole to sign Real Madrid midfielder James Rodriguez.

Los Blancos President Florentino Perez and manager Zinedine Zidane are both said to have grown very disappointed by Rodriguez’s efforts at the Santiago Bernabeu this season and are willing to consider his sale in January.

Real hope that they can secure around €50million (£42.6m) for the Colombia star, whom they signed for a potential £71m in 2014 after Rodriguez won the Golden Boot award at that year’s World Cup with six goals in five matches.

Rodriguez has often struggled to live up to the price paid for him five-and-a-half years ago, with only one campaign returning more than ten La Liga goals, coincidently also coming in his only season with more than ten Spanish top-flight assists as he penned 13 of each in 2014/15.

Carlo Ancelotti worked with Rodriguez at Madrid during the midfielder’s debut campaign in Spain, and chased the 28-year-old’s signature while with SSC Napoli.

The Italian will now try and do what he could not in Naples and reunite with Rodriguez, who is being courted by Napoli, Arsenal, AS Roma, Olympique de Marseille and Inter Milan.

Ancelotti has maintained a good relationship with Rodriguez and has been given the freedom to make signings in January, with the club preparing a bid that will meet Madrid’s valuation. 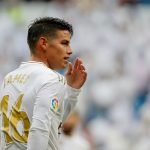 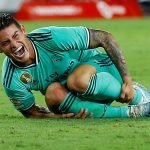 Rodriguez has started just 22% of Real Madrid’s La Liga fixtures this season, with Zidane calling on the 76-cap international to open four of the 18 available league games.

Cucuta, Colombia-born Rodriguez has not featured in the Spanish top-flight since October 19, after suffering with injury including a Medial Collateral Ligament blow which kept him on the sidelines heading into the winter break.

Here are some of the messages shared as fans reacted to reports that Ancelotti is keen to reunite with Rodriguez at Goodison Park, and that ‘everything indicates’ he will become a Toffee next month…

Gylfi has to go if he comes in.

Exactly the sort of player we shouldn’t be going for

He’s worth maybe 30 million max on the current market,injury prone,move on

Lol what?? We’re gonna be in the champions league next season 😂

He is a genuine World class player but my only concern is hes a bit injury prone.

Never been a player that floats my boat personally but if Carlo wants him it’s good enough for me.

Worked with him twice previously.

they still owe us for taking that crank Drenthe on loan so he wasn’t around the place, we should demand either a bogof or a discount code

In other Everton news, the club have made contact with the agent of a £28.8m-rated man to discuss a January transfer.