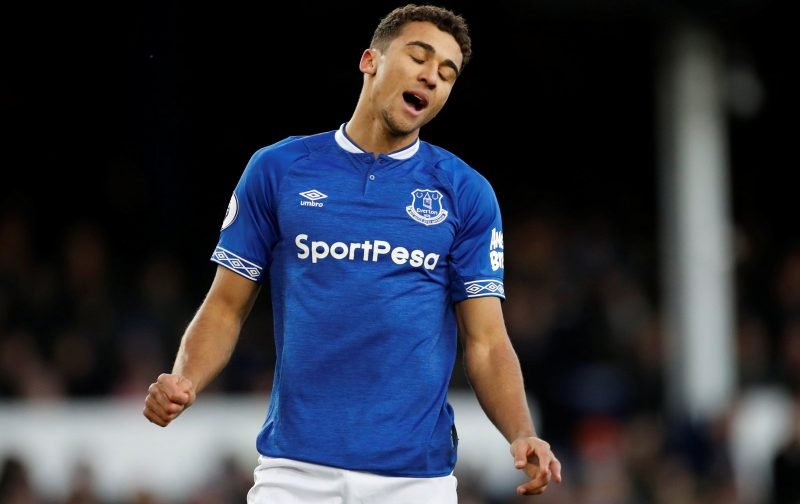 Marco Silva has never been truly comfortable with any one particular striker since taking over at Everton, but fans will love how Dominic Calvert-Lewin is embracing the task.

The 21-year-old had struggled to nail down a place in the starting XI for most of the season, yet now finds himself in a key role and is thriving there with two goals in his last three games.

Despite the second of those coming in Saturday’s defeat, he proved a threat on the break and could have added to his tally with a bit more precision.

Unfortunately, it meant we lost ground in the fight for seventh, but the England U21 international appears keen to work on that, judging by a post the forward has shared on his Instagram.

A tough one to take at the weekend, but we keep going????

We all know he can be an important member of the team and we’ve seen glimpses of the quality striker he can be. With Silva clearly still unsure of who his first choice striker should be, this is the perfect opportunity for Calvert-Lewin to start putting words into action and start living up to expectations.

We’ve been desperate for someone to replace Romelu Lukaku and this is Calvert-Lewin’s opportunity to do just that.