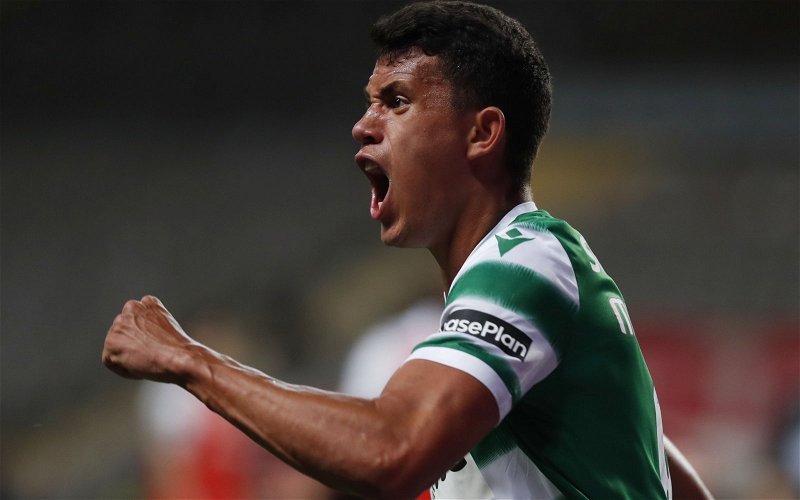 Even with their search for a new manager rumbling on, Everton continue to be linked with possible new players. According to some reports, they are on the brink of making their first signing of the summer.

According to A Bola (h/t Sport Witness), Sporting CP midfielder Matheus Nunes is set to make an “imminent” move to Merseyside, with the Toffees paying €18 million to get him through the door.

It’s said the transfer’s completion is “a matter of time” after a “significant development.” Nunes will now apparently travel to Liverpool to complete his medial and sign his contract “very soon.”

Everton deal for Matheus Nunes now imminent. A Bola say it's 'only a matter of time' before €18m +€2m bonuses deal announced. Player already has contract agreement for €1.2m a year. Should fly to Liverpool soon for medical. https://t.co/z7E5HhPEZc pic.twitter.com/i4lGw0sBff

While it’s not quite clear who Nunes will be playing for if he moves to Everton—reports indicate that Rafael Benitez is now the front-runner to replace Carlo Ancelotti—the club appear confident enough in the 22-year-old’s talent to make this deal happen regardless.

It can be assumed that Everton’s director of football Marcel Brands is pushing through this transfer and Nunes is a player that ticks a lot of boxes for the Toffees.

The Brazilian made 31 appearances in the Portuguese top flight last season, helping the Lisbon outfit to the Liga NOS title. Twelve of those appearances were starts and he scored three goals in those outings.

Everton would benefit from a player in Nunes’ mould, although he’s still clearly raw and will require time to develop.

At his best, the Sporting man is adept at carrying the ball forward and linking play in the final third. He’s also energetic, a quality that was in short supply for the Toffees last term, especially when Abdoulaye Doucoure and Allan were absent due to injury.

Nunes wouldn’t be expected to come in and make an instant impact, especially given the uncertainty that has engulfed the club away from the pitch as of late. But his age, skill set and general profile point towards a sensible signing for the Toffees.