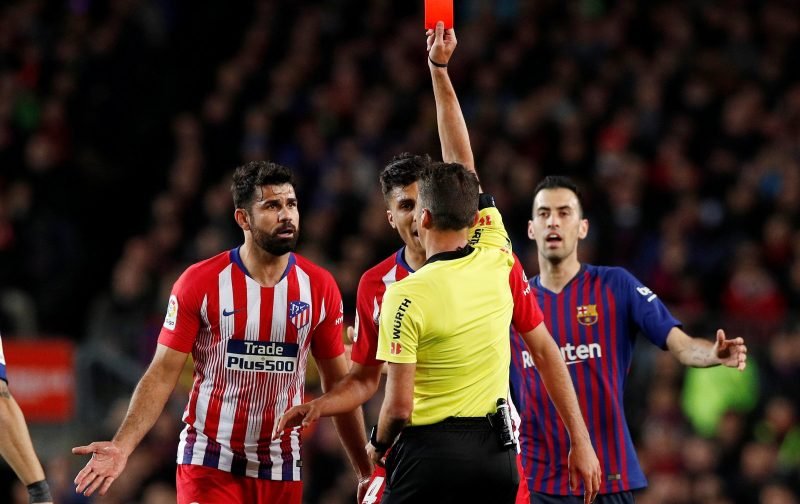 Earlier this month Everton were being tentatively linked with a move for former Chelsea and now Atletico Madrid striker Diego Costa.

“You Are Signing A Problem” – Pundit Rubbishes Reported Transfer Target

With the suggestion being that owner Farhad Moshiri had ‘ordered’ the club to look into the capture of the 30-year-old as a massive ‘statement signing’ ahead of the coming 2019/20 Premier League campaign, reaction was definitely mixed as whilst few can doubt Costa’s ability and goalscoring rate, his attitude and mentality is guaranteed to see a few explosions across a season – and definitely red cards – so plenty of fans naturally questioned whether manager Marco Silva would want that kind of character in the dressing room given how he seems to prioritise team spirit and a tight-knit group all signing from the same hymnsheet.

With plenty casting doubt on the possibility of the deal going through, the story hasn’t gone away and former Everton player, now pundit, Kevin Kilbane has had his say and he feels Costa would do a fantastic job at Goodison Park.

Speaking to Off The Ball recently, he explained.

“I would love it. I’d love to see him at Everton. Considering how he left Chelsea and he’d spoke a little bit about homesickness, not really settling in London, I don’t necessarily see him settling in Liverpool if that’s the case as much as I’d love to see it happen and see him back in the Premier League. I think he’d be perfect for Everton, he’s exactly what they need. They’re desperate for a No 9, they need a striker of his ilk that is going to be everything, score goals, cause a bit of s**thousery around the pitch as well. They need him. He’d be absolutely perfect. Everton fans would love him, he’d be a star and he’d go down – I like to think – as a real top Everton striker over the Premier League era. I’d love it but I can’t see it given how he left Chelsea. Fabian Delph going in there, he’ll be on big, big money. Everton can afford it now, they can pay big wages but I just can’t see it given how he left Chelsea.”