“I Love Him” – Former England International Raves About Everton Star 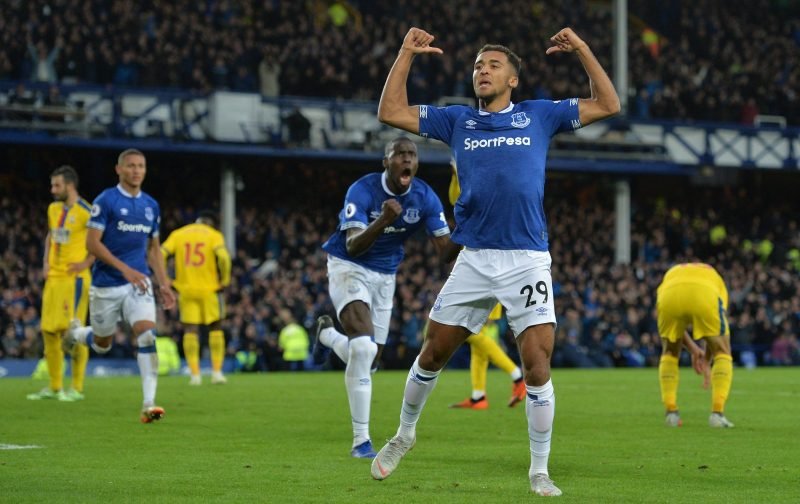 With Everton making it three Premier League wins on the spin as we took a justified victory and all three points from Arsenal at Goodison Park at the weekend, manager Marco Silva and the first team squad have come in for significant praise of late.

There’s certainly been a turnaround in both performances and spirit given our longstanding poorer form over the festive and New Year period, but that thankfully seems to be behind us now.

With the defence from Arsenal, and Phil Jagielka in particular taking the praise, Match of the Day pundit Ian Wright (and former Gunnar) set his targets on someone else in the group – youngster Dominic Calvert-Lewin.

For Wright, as he spoke to Everton’s Official Site, he felt the 22-year-old had all the attributes to develop into a top class top flight striker in the years to come if he keeps his head down and continues to work hard at the club.

“I have seen him quite a few times and think he is doing very well. His ability to link play is improving all the time. I love him in the air, he is powerful and very difficult for defenders to get near. He uses his body well. He is a someone defenders will not enjoy playing against. I have watched him a lot with England Under-21s, too, and he always scores goals and links the play very well. You have to be able to do that playing international football. I think he is starting to do the same in the Premier League. You can see he is getting bigger and stronger – and he will get even stronger and be able to develop his game even further. Gareth Southgate will be watching him. If he continues doing what he is now and improving the way he is – and produces consistently – then he will get a chance with England. As a player, that is all you want.”

There have always been high hopes about the lad and we are certainly starting to see that come to the fore on the pitch this year, so long may it continue.