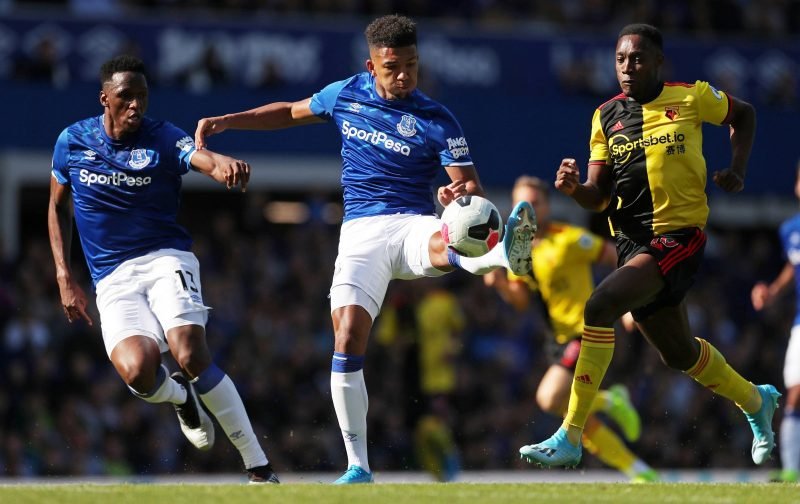 Despite being just 23-years-old, it feels like Mason Holgate has been around forever, and it’s even weirder to think that the centre-back has only now just scored his first goal for Everton.

The young defender netted his first ever goal for the Toffees last night in the League Cup against Watford, helping Everton a to a big 2-0 win against the Premier League side in a victory that sends the Merseyside club to the next round of the competition.

Holgate’s goal and clean sheet was enough to warrant the centre-back with the club’s Man of the Match award, with supporters on social media amazed with what they saw from the young defender as well as congratulate him on scoring his first goal for Everton’s first-team.

Here’s what some Everton fans had to say about Holgate’s MOTM performance against the Hornets on Twitter, with supporters keen to praise the 23-year-old defender…

Holgate is the man

Supporters were buzzing for Holgate after his showcase against Watford, with some fans happy that the Doncaster-born defender was able to score his first goal ever for Everton…

Much deserved Mason well done, keep focused now on securing that spot as your own!! Finally a defender scores with a header!!!!!

Was head an shoulders above the rest today

Holgate could find himself in the XI for Sunday’s game against Spurs after the defender started for Everton last weekend against Brighton, where the Toffees found themselves on the losing side of a 3-2 defeat.