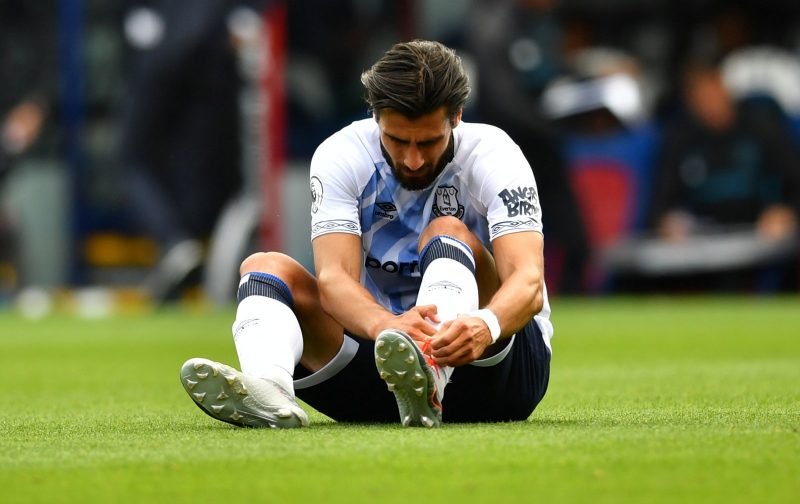 The permanent signing of Andre Gomes was a major sign of intent from Everton this summer, yet the Portuguese international has not been able to recreate the magic he produced last season.

The former Barcelona midfielder is yet to hit the heights he hit last season, and a rib injury has again ruled Gomes out of first-team action as confirmed by Marco Silva via Everton’s official Twitter account.

As expected, Everton fans weren’t happy with the former La Liga playmaker yet again missing out on the sidelines despite his poor form as supporters took to social media.

If he starts with Schneiderlin he’s inviting a lot of anger.

Give Davies a go before Schneiderlin then!

so, Scheindlin it is then …. at home, against Sheff Utd …. pic.twitter.com/T0gA5Iepsw

Andre Gomes is not fit for tomorrow's game vs Sheff Utd.

Drop Schniederlin….as him an Sigurdsson in the same team is beyond slow……..play Sigurdsson a bit deeper ……Iwobi in Sigurdsson no 10 role …..Bernard in on the left an Kean in for DCL…….we were far 2 predictable an slow last week …..time to play with pace

Has to be, don’t see it happening tho

As well as Gomes, Jean-Philippe Gbamin has also been ruled out of this weekend’s fixture against Sheffield United.