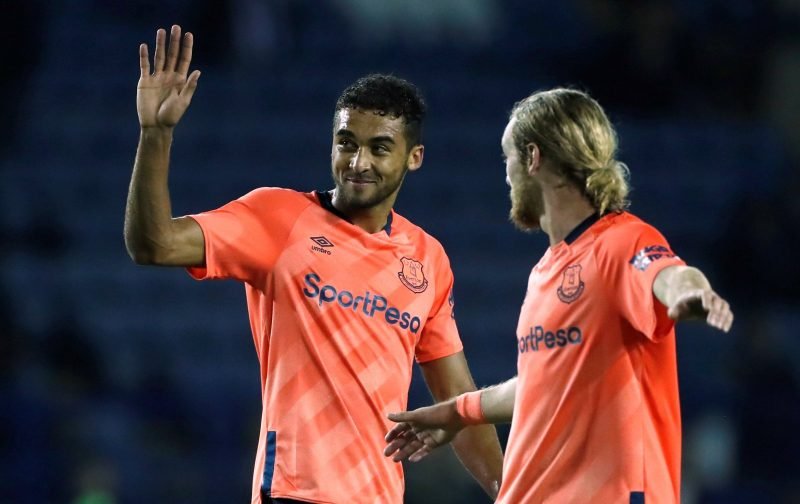 A result against Sheffield Wednesday seemed unlikely heading into last night, yet Everton managed to bring some normality to their season.

FT. Calvert-Lewin’s first-half brace sends us through to Round 4⃣ of the #CarabaoCup!

The Toffees eased past the Championship side 2-0 in what was ultimately a comfortable win for the Merseyside club, with Dominic Calvert-Lewin scoring a brace in the opening 10 minutes to secure the result for Marco Silva’s side.

Heading into the game on the back of two defeats in the Premier League, supporters expected the Toffees to yet again disappoint at Hillsborough, yet goals from the 22-year-old England youth international sealed the win for the visitors.

Progression to the fourth round of the League Cup was unexpected from fans, and some on social media expressed their surprise shortly after the full-time whistle.

Cup upset. Will take it.

However, some fans were still not convinced by what they saw…

Paper over the cracks

A win is a win for confidence sadly City next game but we should be killing ourselves to win this cup.

Finally we can win against Sheffield

Well done blues. Tricky away tie there. You’ve definitely earned the right to get knocked out by Crawley in the 4th Round. #COYB

The Toffees will find out tonight who they face in the fourth round of the League Cup.