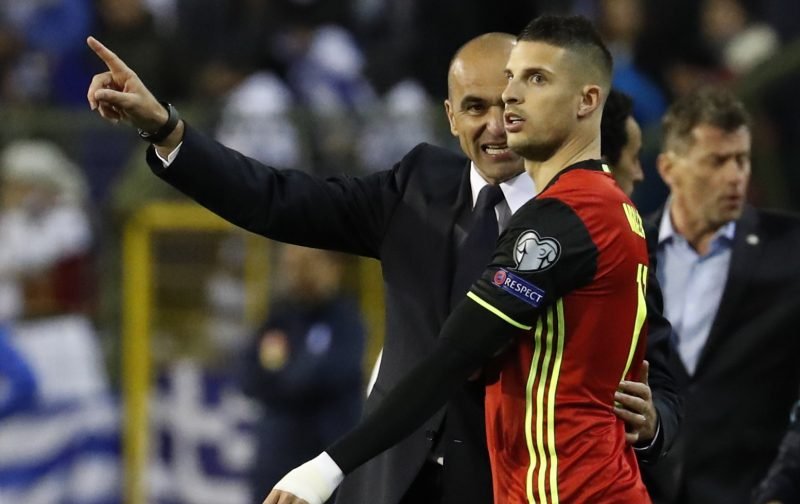 Kevin Mirallas has not played a competitive fixture for Everton since December 2017, but the Belgian winger still has a year to run on the £70,000-a-week contract he signed that summer.

When we palmed the 31-year-old off to Fiorentina a year ago, most fans would likely have been hopeful his season in the Serie A would prove beneficial for both, as they may look to trigger the option-to-buy included in the deal which took the former Belgium international to the Artemio Franchi Stadium.

That will not be the case, however, as while he brought the occasional spark to La Viola’s attack, his moments of magic were too far apart and his best days are clearly behind him.

Altogether, Mirallas managed two goals and three assists in all competitions, and will now spend the summer on the search for a new home with one at Goodison Park likely out of reach given Marco Silva deemed him surplus to requirements upon his arrival.

It appears that search has already commenced, though, as the David Moyes signing shared a post on his Instagram account earlier this week, captioned: “What will the future bring me.”

what will the future bring me ????

It is highly possible the post has nothing to do with his future as a player and the year remaining on his Blues contract, but when the Liverpool Echo shared it with claims that it was a ‘potential transfer hint’, here’s how these Everton fans reacted…

Just take what we can for him and get him off of the wage bill. Another loan is no good…

Fingers crossed a move away…

pay him off and end it

Please someone take him…

He typifies the problem Everton have had in the last 10 years. We bought badly and got too many high wage mediocre players and we don’t seem to be able to bring youngsters through the ranks. Look at the top 6, they got it right more often

Let’s hope Brands is less cryptic in telling him where to go…..

As long as he’s going he can be as cryptic as he likes !

It’s astonishing to think he’s still got time left on his contract ????