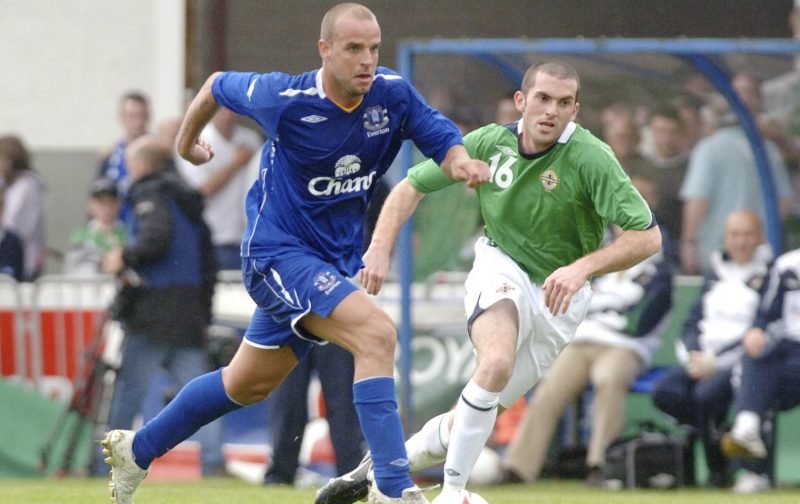 Andy van der Meyde was nothing but a failure when we signed him from Inter Milan back in 2005, and now our former winger has described his move to Merseyside as a ‘stupid mistake’ during an interview with FC International News.

Expectations were high for the Dutchman to succeed in the Premier League on the back of three okay years at the San Siro, but his time with us proved to be the complete opposite, and he only managed 24 outings over his four campaigns in Royal Blue.

Van der Meyde never managed to etch his name on the scoresheet, either, and his debut campaign proved to be the one where he earned his most appearances for the Toffees with eleven.

Ultimately, we brought his sorry English story to an end in 2009 and released the 17-cap former Netherland international into the wilderness, where he spent a year without a club before PSV Eindhoven gave him sanctuary.

His time there, though, lasted all of two months before he took a career break, and eventually reappeared at WKE Emmen in 2012, where again his life span was minimal and he retired that summer.

The ‘stupid mistake’, as van der Meyde puts it, was definitely us signing him for £8.1million.

“At the time I was very young, when I signed for Inter I was a kid who should have grown up,” he told FC International News. “I made stupid mistakes. The biggest one was signing for Everton.

“I should have listened to [Marco] Materazzi, who had advised me to stay, also because of the type of soccer practised. At the time, however, I didn’t want to listen to anyone.

“If I could go back, I’d do it. I would have had a better career and I wouldn’t have retired when I was only 30 years old. Fortunately, I am married now, I have children, I live a happy existence, without problems. And this is good.”

When FC International News then asked van der Meyde if he had anything to say to the Nerazzurri fans, he added: “Fortunately, I had no problems in Milan, unlike Everton.

“Just a shame, not having played much in the second season. But I tell you an anecdote. When I played, I had long hair and a different look than the current one. Here, a while ago I returned to San Siro. I had a hat on my head and I was sitting near the sector of the North Bend.

“People hadn’t recognised me. Then from the Curva they called me to join them. I sang and received chants. I must say that it was very nice and exciting to see the match from there.”