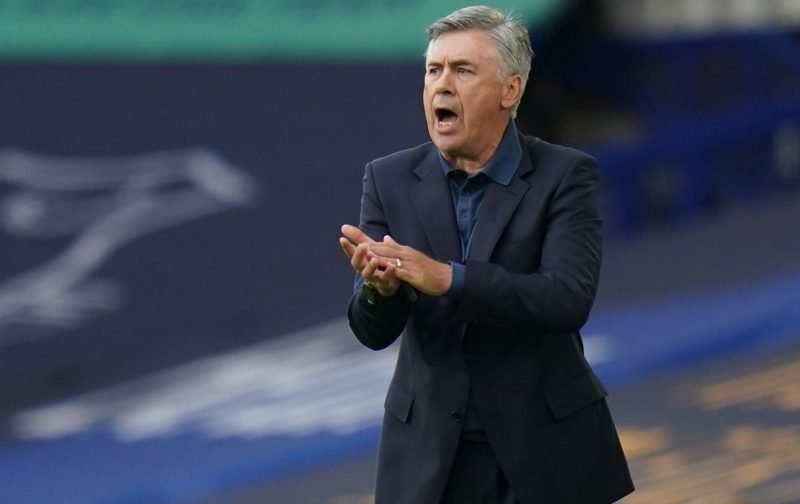 A few Everton fans have been reacting on social media after Alan Kelly reflected on Carlo Ancelotti asking him to join the backroom coaching team at Goodison Park.

Kelly joined Ancelotti’s team as the goalkeeper coach following the Italian’s arrival as Marco Silva’s successor, and believes his appointment to be one of the greatest honours of his 35-year professional career.

“The day Carlo said he’d like me to be part of his staff was a proud moment,” Kelly told evertonfc.com.

“When someone validates what you do, it’s a wonderful feeling. And when a team is led the way Carlo does it, it’s an honour and a pleasure to be in that environment. “

Kelly has long admired Ancelotti well before getting the chance to work with the former Real Madrid and Chelsea head coach, and believes the Italian’s Quiet Leadership book gave him “so much wisdom” as it provided an insight into the methods and psychology used throughout his trophy-laden time as a manager.

“Before Carlo came in, I’d read his book and I was telling people, ‘You’ve got to read this book, it’s absolutely fantastic’,” Kelly added. “There’s so much wisdom in it. You try to take little snippets and think, ‘How can I build this into my daily life?’

“Never mind as a coach, but as a person as well. Then he appears on the doorstep and you’ve been invited to join the management team, which is a huge honour for me.

“To see the words become actions and view the way scenarios have been dealt with – the way he conveys things to the players, his relationships with the staff – everything you read about the man is true in life as well.”

Kelly is firmly of the belief Everton now have a world-class manager at the helm, and his recent words to the Toffees’ official website have been met with joy and kind words from Blues supporters on social media.

Not all Everton fans were as supportive, with many taking the chance to raise questions over Jordan Pickford’s performances between the sticks at Goodison Park.

Pickford played every minute on offer across the Premier League, FA Cup and Carabao Cup during the 2019/20 season, but conceded 61 goals over 32 of those games having kept just 11 clean sheets.

The England shot-stopper also allowed two or more goals to be scored against him in 18 games, of which Everton only won three and drew once.

Question is why is Pickford so poor?

As a keeper I’d rate Alan Kelly over Pickford any day.Get back in goal fella 😀

We need better goal keeping coaches within the club.

For some Everton supporters, their side’s defensive form has left them feeling that Kelly should not be proud until the club are heading in the right direction and making the signings which will allow them to improve.

No doubting C.A’s historical greatness but I’ll reserve mine until I see him do similar stuff at GP. CL football would be fantastic. Signing quality proven players in their peak would be fantastic, not quantity but quality! Oh & getting rid of of failures including Brands

A proud moment would be when u start making signings