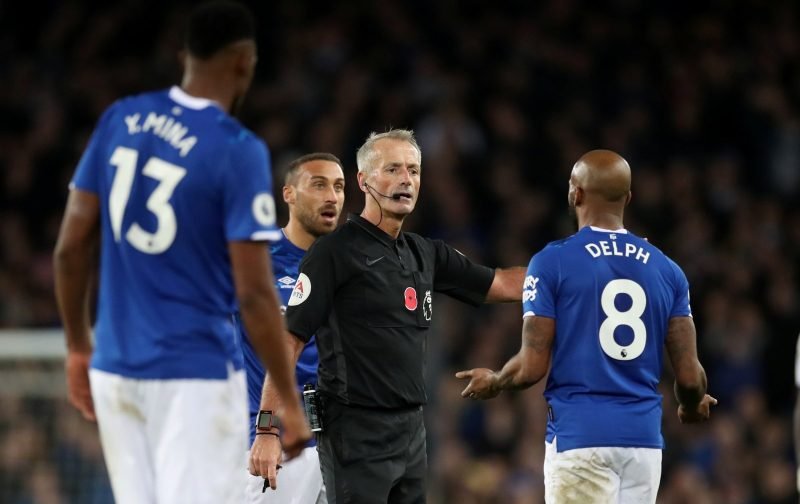 Loads of Everton fans have been left up in arms on social media after the Premier League announced that Martin Atkinson will referee Monday night’s Merseyside Derby at home to Liverpool.

Atkinson has already officiated one of our Premier League fixtures this season in November’s 1-1 draw with Tottenham Hotspur, which saw Heung-Min Son shown a straight red card after injuring Andre Gomes.

Our Portuguese ace was only able to make his return to top-flight action on February 23 as a second-half substitute away to Arsenal, having missed 15 matches as a result of the fractured dislocation he sustained to his right ankle.

Monday’s Derby will be our 38th Premier League fixture with Atkinson holding the whistle, while we are without a win whilst the 48-year-old oversees the action since beating Stoke City on March 17, 2018. Since then, we have lost twice and drawn two.

One of those draws came at home to Liverpool, in what was the sixth top-flight Merseyside Derby that Atkinson has refereed with the Reds winning on three occasions while drawing the others. 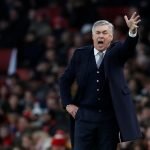 Our winless record against Liverpool whilst Atkinson is in charge of proceedings will come as good news to the Anfield natives, as Jurgen Klopp’s men could clinch their first Premier League honour during their visit to Goodison Park.

Assistants Lee Betts, Sian Massey-Ellis and fourth official Anthony Taylor will join Atkinson at Goodison Park, while Stuart Attwell and assistant Constantine Hatzidakis will be serving as the VAR.

This man should never put is feet again at goodison. He genuinely hates us.

Absolutely disgraceful, just shows how much the FA want them to win the league at our place https://t.co/yEANec9nmn

There’s another game with us not getting a pen

This man has done us over in derby numerous times. Sent Rodwell off for a great tackle and was behind VAR in the game at anfield and thought it wasn’t a penalty on DCL. The man is corrupt

ARE YOU KIDDING ME MAN 😭 we had him in last year’s derby and the man got an EARFUL https://t.co/HWTdDwXzIP

In other Everton news, a 22-year-old Toffees ace has been backed to achieve big things this month.