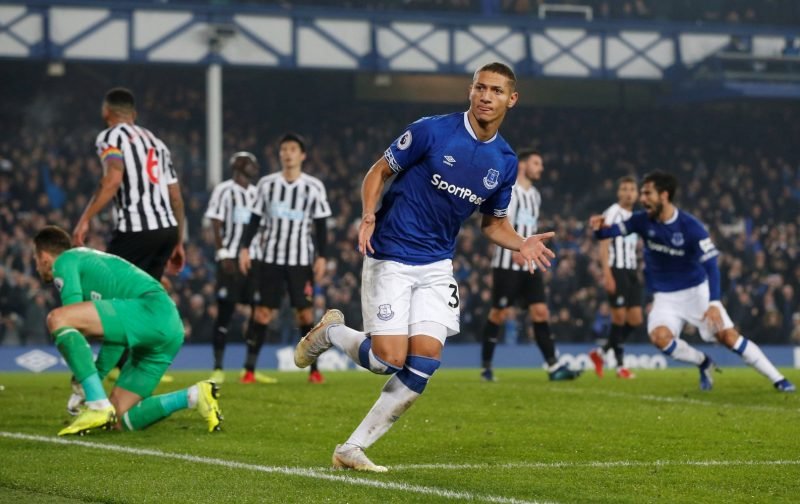 Richarlison has not been on Merseyside for long, but had his future at Goodison Park somewhat cast into doubt when UOL Esporte suggested Liverpool boss Jurgen Klopp had welcomed the Brazilian’s agent to his home.

Renato Velasco is not said to be instigating Richarlison’s departure across Stanley Park, but the winger is his only client based in Europe, and the Reds’ boss has previously shared a glowing appraisal of our star man.

For the pair to now meet could easily create concern, but the fan favourite appears set to stay in Blue for the foreseeable going by a report by the Liverpool Echo.

They are claiming that while Velasco represents Richarlison, he is also represented by super-agent Kia Joorabchian, who happens to be a close friend of Bill Kenwright ever since he took charge of the club some 20 years ago.

Joorabchian has also forged a strong relationship with Farhad Moshiri in recent times, and there is absolutely no intention at board level to cash in on Richarlison after a year.

That contradicts what UOL Esporte reported, with the Brazilian outfit noting people close to Richarlison were aware of £50million offers in January that were not even considered, as we were demanding no less than £70m.

What may also play into our favour, if Liverpool or anyone else show interest in the 21-year-old, is that the Velasco Sport Group and Joorabchian’s Sports Invest UK Ltd company initially brought the forward to England and then Merseyside.

Keeping the two parties, one of which has ties with our top chiefs, happy should be all we need to retain Richarlison’s services without someone taping him up.