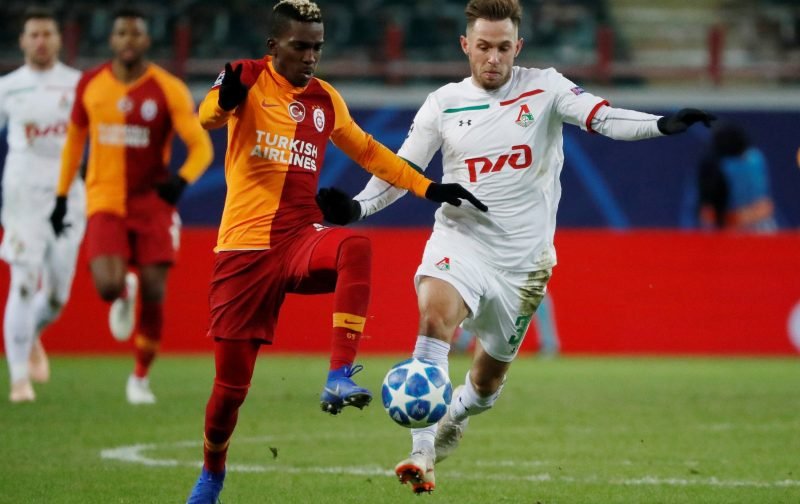 Henry Onyekuru is a fan favourite despite never kicking a ball on Merseyside, and that may be how his Everton story ends, according to Aksam.

The Nigerian has once again been linked with a move away from the club, with yet another foreign outfit – this time Sevilla – said to be closely monitoring his situation in case they see an opening to launch a raid on Goodison Park.

Previously, the interest has stemmed from France, Germany, and Belgium, with PSG, Monaco, Borussia Dortmund and Club Brugge all said to be in the hunt – and the Parisian outfit are mulling over a £20million offer.

Sevilla’s stance does not appear to be as far advanced as Paris Saint-Germain’s, but could develop if Onyekuru is unable to land a UK work permit for next season despite his growing stature with the national side.

If the 11-goal ace does miss out on a work permit again and seeks a move away from Everton, the club seems well prepared for his departure, though, as we have also been linked with a winger.

The Daily Mail recently claimed that we are one of a handful of club’s monitoring Hull City’s Jarrod Bowen, after the 22-year-old rejected the chance to join Cardiff as a replacement to Emiliano Sala in January.

Norwich are another side said to be interested in the Leominster-born ace, who actually made his first start as a professional under Marco Silva when the boss was still in charge at the KCOM Stadium.

Silva did not regularly utilise the Englishman at the time, though, with Bowen only making two outings in the Premier League following the Portuguese’s arrival, but he has come on since then to now be valued by TransferMarkt at £7.2million.

His market value when Silva was at Hull, for reference, was just £675,000, but the forward has since gone on to record 34 goals in 81 games, including 19 in 38 this term – although his strike against Millwall in February has been accredited to Markus Henriksen by some.

Given the ever-present links with Onyekuru and a move away from our clutches, Everton being identified as an interested party in Bowen could suggest the boss is eying a reunion with the 22-year-old as the Nigerian’s replacement, despite the wide variety of wingers already on the books.