Explained: The truth of why Phil Jagielka left Everton 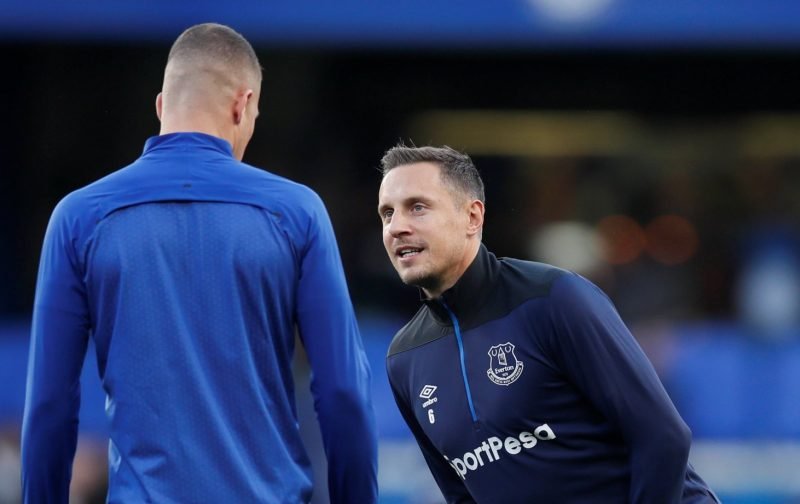 Phil Jagielka was released by Everton at the end of his contract this summer, ending a 12-year association with the Toffees – he made 385 appearances in all competitions for Everton, scoring 19 goals.

After making just seven appearances last season and finding himself behind Michael Keane, Kurt Zouma and Yerry Mina in the pecking order, the 37-year-old was deemed expendable and was to be replaced before the transfer window shut.

Jagiela told the Liverpool Echo how his departure came about: “The option didn’t materialise in the end. We had a running dialogue between the last couple of months of the season, the club were explaining which direction they were going in and they were hoping to sign a couple more centre halves.

“They said to me if they can’t get any of those in, there may be a slot for me to have a similar role to what I had last year. So we waited and waited, as things progressed Marcel (Brands) and the manager decided it was probably better for me if I wanted to continue playing football to go and find somewhere else.

“There’s no hard feelings, we were open with each other throughout the process. It wasn’t nice getting the phone call obviously and knowing I was leaving Everton, but it’s part and parcel of football – I got my chance as a young lad due to someone else getting moved on.”

Marcel Brands wanted to sign Zouma on a permanent deal and bring in another defender to offset the loss of Jags. Everton failed to sign any of their targets, however, and have been left with Keane, Mina and Mason Holgate at centre-back. In hingsight, Jagielka would have been a useful player to keep in the squad.

Silva’s men have had a lukewarm start to the new season too. Everton currently sit 11th in the Premier League table with seven points from five games. The Merseysiders have conceded seven goals in their previous three games and haven’t kept a clean sheet for more than a month – 2-0 vs Watford (August 17).

Jagielka will return to Goodison on Saturday when Sheffield United face Everton. He’s sure to be given an excellent reception from supporters.